Albanian
Home ► Politics ► There’s A Safety Feature On Most Cars People Aren’t Aware Of, And Cops Are Telling…

Albanian
Home ► Politics ► There’s A Safety Feature On Most Cars People Aren’t Aware Of, And Cops Are Telling…

A state trooper’s viral public service announcement is intended to remind motorists about a handy tool for navigating the road that far too many people seem to forget about.

It was a sunny day in Indianapolis and Sgt. John Perrine’s calendar was wide open. So the Indiana State trooper did what any other person with a smartphone does when they’ve got a bit of downtime. He filmed a video … and it was hilarious.

Perrine took some time off from his day to make a video informing everyone in the public about a “brand new” feature that all cars have these days. It’s pretty educational, not to mention hilarious.

Officer Perrine kicks off a Facebook video much like a normal public service announcement. “The auto industry has made incredible advancements on technology and safety in vehicles,” he says. He then teases us by describing a feature that can help prevent crashes and road rage.

Perrine demonstrates the joy of turn signals by pointing out the control stick coming out from near the wheel of his own police vehicle. He describes it as “pretty incredible.” 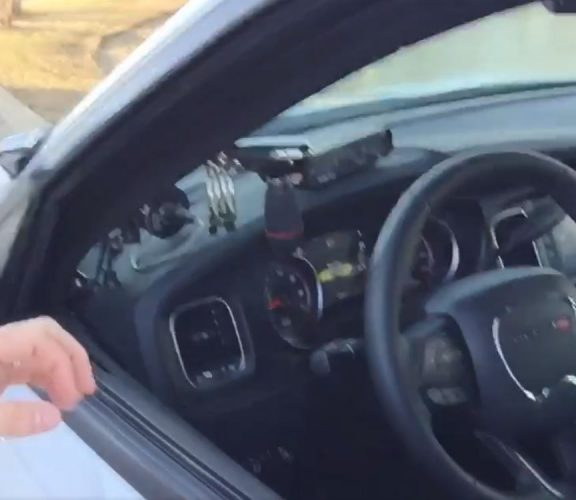 The state trooper shows how pushing that stick causes lights to flash on both the front and back of the car to tell other drivers which way you’re going. He warns that you may need to put down your coffee or your cell phone to operate the turn signals.

“It may require that you put down your coffee or cell phone, or whatever you have in your hands so that you can drive safely.”

“So please, use your turn signal,” Officer Perrine asks his video viewers. 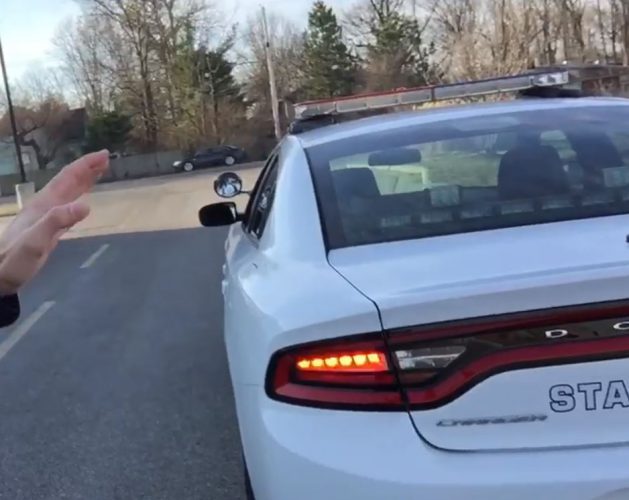 Perrine posted the deadpan video on Friday and it now has over 11 million Facebook views. If we can get that many people to start using their turn signals, then the roads will be a safer place and Perrine will be a happier trooper.

Kudos to Perrine and his sarcasm, and kudos to him for reminding every driver out there that they have a turn signal for a reason. Just a little heads up to the driver behind you can save a lot of chaos.

So take a look at this video, and make sure to listen to Perrine because it can make your driving experience a hell of a lot easier:

...
Massachusetts Lawmakers Introduce Bill to Reduce Prison Sentences for Inmates – If They D...
Common Cause rejects request for new N.C. Supreme Court redistricting hearing as ‘frivolo...
Minutes After Squad Melts Down Over Omar’s Removal–Americans Fire Back With Hard Truth
Trump Peace: Sudan agrees to sign Abraham Accords in coming days, while Chad opens embass...
Fake News CNN’s Chris Wallace’s Ratings Are So BAD Even Amateur YouTubers are Getting More Viewers
Trump 2024 Acquires Another Enemy!
You Might Like...