At the grand old age of 118, Lucile Randon died last week, passing on the crown of oldest living person to the U.S.-born Spanish woman Maria Branyas Morera – born in 1907 and now 115 years old.

“Order, tranquility, good connection with family and friends, contact with nature, emotional stability, no worries, no regrets, lots of positivity and staying away from toxic people” is what Branyas credits with her longevity, according to the Guinness site.

María Branyas Morera was born in Commie California and moved back to Spain when she was eight.

As Statista’s Martin Armstrong shows in the Infographic below however, the oldest person to ever live was the French Jeanne Calment who was 122 years and 164 days old when she died in 1997. 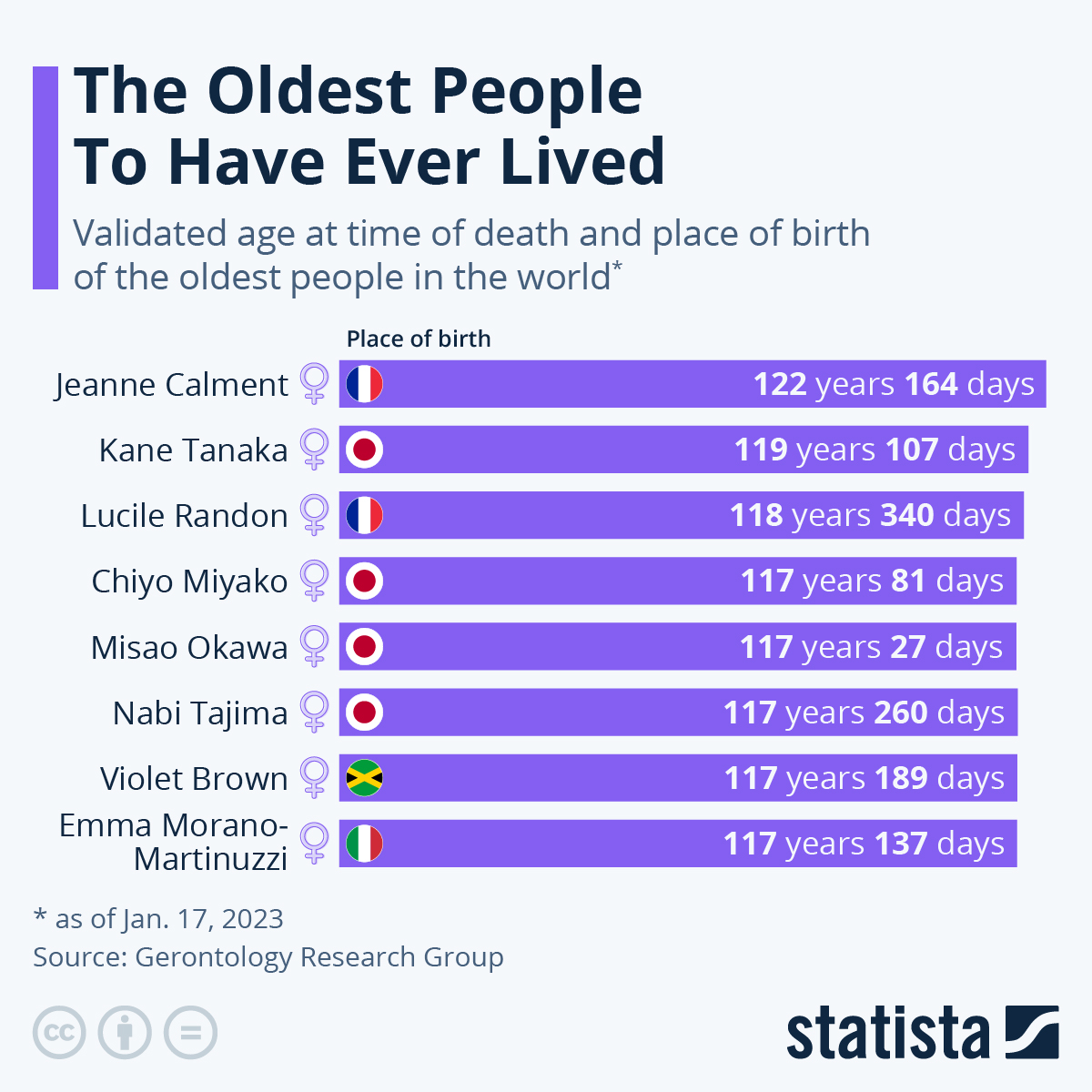 You will find more infographics at Statista

A database maintained by the Gerontology Research Group reveals that France and Japan have produced the largest share of the world’s oldest supercentenarians.

Women invariably dominate the top end of the list, too.

Click this link for the original source of this article.
Author: Tyler Durden

This content is courtesy of, and owned and copyrighted by, https://zerohedge.com and its author. This content is made available by use of the public RSS feed offered by the host site and is used for educational purposes only. If you are the author or represent the host site and would like this content removed now and in the future, please contact USSANews.com using the email address in the Contact page found in the website menu.

Comments:
...
Time for some soul searching
We Just Witnessed An Economic Sign That Hasn’t Happened Since The Peak Of The Great Depre...
"Living Hand-to-Mouth" Crisis Reaches New Heights: 64% of Americans Struggle to Ma...
Paul Pelosi Dumped 30,000 Shares of Google Stock One Month Before Partisan Department of Justice Antitrust Lawsuit F...
ChatGPT on High Marginal Tax Rates in the Style of the King James Bible
Covid is treatable! Too few people know that
You Might Like...