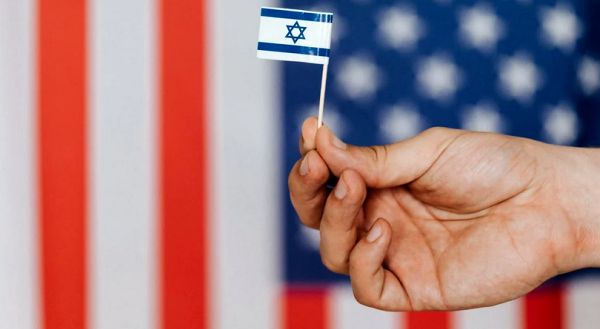 The U.S. and Israel concluded their largest ever set of war games Thursday, sending a message that the U.S. stands with its allies against Iran’s aggression, according to The Wall Street Journal.

The exercises, dubbed Juniper Oak 23.2, spanned four days and involved roughly 6,400 American personnel, 1,100 Israeli personnel, 140 aircraft and sea vessels all together firing more than 180,000 pounds of live ammunition, the WSJ reported. While U.S. and Israeli officials reiterated that Iran was not the sole focus of the drills, combined military exercises could serve as a signal of the two countries’ cooperation in countering the threat Tehran and its proxy militias pose to regional stability.

“We know how to defend,” Gen. Herzi Halevi, Israel’s new military chief of staff while observing the exercises aboard a U.S. aircraft carrier, according to the WSJ. “But when someone attacks you, the best defense is to attack him back, so it is offensive capabilities, and we shape it in order to bring a very clear message to Iran: if Iran makes mistakes, offense capabilities are getting ready.”

The U.S. has committed significant firepower to Ukraine and scaled up troop deployments to NATO countries for defense and training of Ukrainian forces. However, Tehran’s burgeoning support for Moscow’s war effort means U.S. interests in containing the country’s aggression overlap, according to the WSJ.

Iran has supplied Russia with hundreds of weaponized drones that have targeted Ukrainian civilians and energy infrastructure and consumed resources from Ukrainian air defenses. U.S. officials suspect that Iran may sell long-range ballistic missiles to Russia after identifying plans to move Russian attack aircraft to Iran.

U.S. officials said the exercises demonstrate America’s ability to defend its interests in Ukraine and the Middle East simultaneously, according to the WSJ.

Israel practiced using U.S.-made refueling tankers with its aircraft during the course of the exercises, the WSJ reported. Advanced in-flight refueling capability could extend the range of Israeli fighter jets, allowing them to reach Iranian territory.

U.S. Central Command, which oversees military operations in the Middle East, incorporated Israeli security programs in 2021, making it easier to coordinate the massive exercises, officials told the WSJ. It also facilitated Israel’s integration into a broader regional defense cooperative with Arab nations, one that has been growing since 2020.

“Unfortunately, it was hard to convince other countries that Iran is really a big problem,” Halevi told the WSJ. “Recently, because of the negative contribution of Iran in the war against Ukraine, it became clearer.”

Israel has pledged to strike Iran if it feels doing so is necessary for self defense and to prevent Iran from developing a nuclear weapon, according to the WSJ.

The Department of Defense and the National Security Council did not immediately respond to the Daily Caller News Foundation’s request for comment.

Why are our children simultaneously indoctrinated with toxic Marxist ideologies like “Critical Racist Theory” intended to condition them to hate and reject their own country, parents, faith, race, gender and themselves? Why are they simultaneously being frightened of the future by being fed lurid, terrifying – and groundless – apocalyptic tales of the imminent destruction of the world due to global warming?

No wonder youth suicides have skyrocketed, as have depression, anxiety, addiction and drug overdoses. Indeed, fentanyl, the No. 1 cause of death of younger Americans 18 to 45, destroys multitudes of children annually.