Four male suspects in Louisiana have been arrested on rape-related charges in connection with the investigation into the death of Madison Brooks, a 19-year-old LSU student who left a bar with the suspects and was fatally struck by a car a short while later. Authorities say Brooks — who had a blood-alcohol level about four times the legal limit to drive – had sex with two of the suspects and was then left alone to wander the streets before she was killed in the crash. 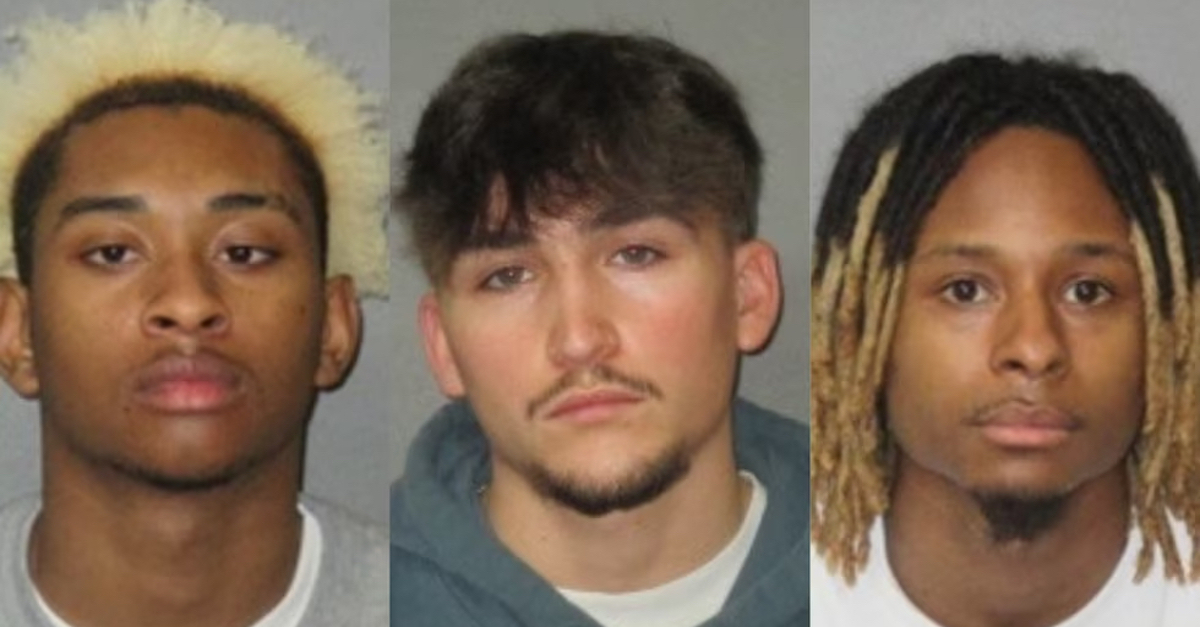 Under state law, third-degree rape is defined as sex with a victim who is “incapable of resisting or of understanding the nature of the act by reason of a stupor or abnormal condition of mind” due to being intoxicated. Carver and Lee are accused of being present but not participating in the alleged rape.

According to a sworn affidavit of probable cause obtained by Law&Crime, the suspects and Brooks on the night of Jan. 14 had all been drinking at Reggie’s Bar just off of the LSU campus. As the bar was closing, Brooks allegedly left with the suspects and got in Carver’s vehicle, saying she needed a ride home and did not know where her friends were. Carver and Lee sat in the front seat while Washington and the 17-year-old sat in the back with Brooks, investigators said.

In a voluntary interview with detectives, Carver allegedly admitted that Brooks was “very unstable on her feet” when leaving Reggie’s and was “unable to speak without slurring her words.” When Carver asked Brooks for her address, he said that she “fell over and could not answer him,” according to the affidavit.

According to the affidavit, Carver parked the car a short distance from the bar and Brooks and the 17-year-old began to have consensual sex in the backseat of the car, at which point Washington exited the vehicle. When they were finished, the 17-year-old exited the car and Washington re-entered and asked Brooks “numerous times if she wanted to have sex, and she consented,” Carver told investigators.

A short while later, Carver said that he told Washington and Brooks to stop having sex and they all drove away to bring Brooks home. When asked if he thought Brooks was “too impaired to consent to the sexual intercourse,” Carver allegedly responded, “I guess.”

Carver said they drove around and tried to find Brooks’ home before they “finally dropped her off in a subdivision” very near where she was killed at approximately 2:50 a.m. on Jan. 16. The driver of the vehicle that struck Brooks was not believed to be impaired and was not arrested, the sheriff’s office said.

Washington also sat down for a voluntary interview with investigators. He said that while in the backseat, his 17-year-old friend and Brooks “touched each other’s private areas,” but denied witnessing them have sex and denied having sex with Brooks. Washington also told investigators that Brooks was very intoxicated, saying, “like when I tell you drunk, drunk, she was drunk,” according to the affidavit.

Washington also allegedly confirmed that Carver left Brooks at a subdivision near the crash scene.

An autopsy conducted by the East Baton Rouge Coroner’s Office determined that Brooks “had injuries consistent with previous sexual assault anally.” A toxicology test showed that her Blood Alcohol Concentration (BAC) was .319 at the time of her death.

Defense attorney Joe Long, who is representing Carver in the matter, told The Advocate that Brooks’ death was a “tragedy, but not a crime.”

“When all the evidence is known, everyone will see this was not a crime,” he told the outlet.

Ron Haley, who is representing two other defendants in the matter, told Baton Rouge CBS affiliate WAFB that cellphone video from inside of Carver’s vehicle shows that the sexual activity that took place was “absolutely not a rape.”

“Can you tell, that she was intoxicated – yes,” he told the station. “To the point under the law that you say you’re in a drunken stupor, to the point that you cannot lawfully give consent or answer questions – absolutely that was not the case.”

Haley also said that Brooks got out of the car with the suspects after they traveled to several locations and she and Carver got into an argument.

“Based on a disagreement, she got out of the vehicle. She indicated she was getting an Uber,” Haley said. “I want the public to know, these young men or really the driver of the vehicle and the young men that were in there, did not put her off on the side of the road.”

Haley also noted that he was going to provide investigators and prosecutors with a copy of the footage from inside the car.

Read the affidavit below.

The post Four Suspects Charged in Alleged Rape of LSU Sophomore Minutes Before She Was Fatally Struck by Car first appeared on Law & Crime.