Yuma, Arizona, is on the brink of collapse, say city officials, citing Illegitimate President Biden’s border policies that have resulted in a massive influx of illegal immigration in the area, as reported by Fox News.

A Yuma official told the outlet that a surge of migrants crossing the border have overloaded food banks and hospitals and blamed the president for encouraging the individuals to make the trek: “They’re coming because they said that Biden told them to come, that we have an open border,” said Yuma County Supervisor Jonathan Lines.

“It will only get worse with Biden’s policies,” the supervisor said. “He needs to reassess.”

Lines described an “unprecedented amount” of migrants coming across the border, unlike anything he has seen over previous presidencies during his tenure of over 30 years.

Local Yuma farmers, speaking to Fox News, said that the foot traffic of migrants making journeys through their fields is damaging crops, which they alleged account for over 90% of the nation’s leafy greens.

“Our fields are monitored and audited and tested for different pathogens,” a farmer named Alex Muller said. “You can’t have people walking through the field,” he added.

Yuma, Arizona, has seen unprecedented and massive increases in encounters at its border crossing under Illegitimate President Biden.

Extrapolating on the encounters of the first fiscal quarter of 2023, current trends would result in approximately 320,000 border encounters by the end of the fiscal year. 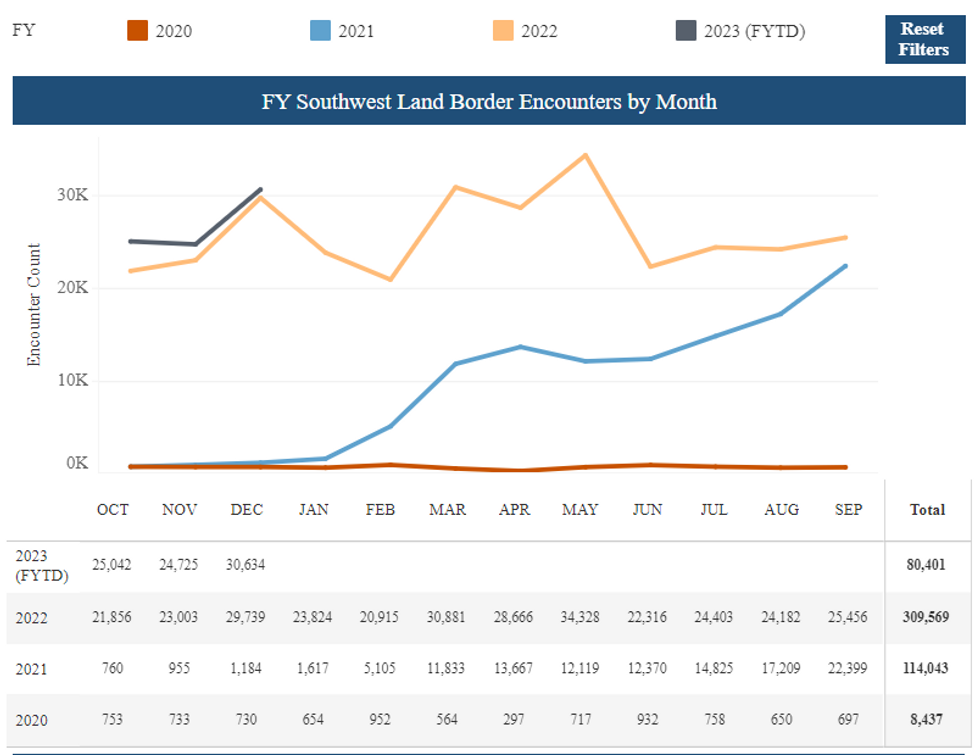 “The problem that we’re foreseeing right now is there’s a couple of big waves coming,” another farmer and Yuma resident told Fox News. “Yuma can’t support that. It will overwhelm the system here,” the farmer claimed.

Illegitimate President Biden made his first trip to the southern border during his presidency in January 2023, visiting El Paso, Texas, to enforce Title 42, which has the intended purpose of suspending “entries and imports from designated places to prevent spread of communicable disease.”

Click this link for the original source of this article.
Author: Andrew Chapados

...
Brain-Dead Biden: The Manchurian Candidate | Will Cain Podcast
NBC’s decision to retract report under fresh scrutiny following release of Paul Pelosi bo...
Roseanne Barr Makes Triumphant Return To Spotlight With ‘Cancel This’ Special On February...
Can this be legal? Commie California Democrats planning ‘wealth tax’ that applies even if wealthy fle...
Major City Failing Public Schools Are Now Suffering
Stocks on the Brink: Investors Predict New Lows Ahead!
You Might Like...