A Ground Based Interceptor missile is emplaced at Fort Greely, Alaska. Photo courtesy of the US Army.

The 100th Missile Defense Brigade is the only US military unit assigned to shoot down long-range ballistic missiles from North Korea. The brigade operates the Ground-Based Midcourse Defense (GBMD) system — an array of sensors supporting a fire-control system for missile-launched exoatmospheric kill vehicles to track, intercept, and destroy enemy warheads in their midcourse phase of flight, outside the earth’s atmosphere.

A component of US Army Space and Missile Defense Command, the 100th Missile Defense Brigade is based in Colorado Springs, Colo., and Fort Greely, Alaska. In the coming years, the GBMD mission will evolve as part of the Missile Defense Agency’s recently awarded and similarly named $3.3 billion Ground-based Midcourse Defense program where the current exoatmospheric interceptor will be replaced by the Next-Generation Interceptor.

Breaking Defense: What is the structure of the 100th Missile Defense Brigade and how do you execute the GBMD mission? 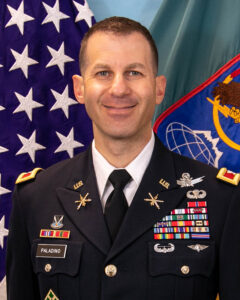 There are two nodes, one at Schriever Space Force Base in Colorado and one at Fort Greely, Alaska. The 100th Brigade in Colorado operates five-soldier crews within that node, which we call the missile defense element. These soldiers work in conjunction with the crews at Fort Greely, and also receive directions from USNORTHCOM to conduct the mission.

The soldiers at the 49th also work in five-soldier crews. They operate the GFC in what we refer to as the fire direction center or the FDC. I’ll let Chris talk a little bit more about that. They work in conjunction with the brigade in Colorado to perform tasks at the tactical level.

Nominally, under normal conditions, both crews work together during operations: one at the operational level, one at the tactical level. They’re trained to specifically take over the mission and operate independently, so if one of those two nodes were to go down for any reason each node can take over the roles and responsibility for the other and execute their mission in response to any threat to our homeland. We refer to that as failover operations. 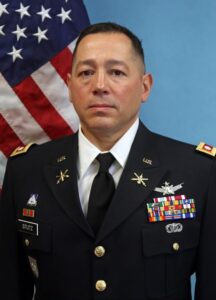 Stutz: Although our nodes are slightly different, each crew has a director and a deputy director, responsible for analyzing the current situation, making decisions, and communicating with our weapons release authority to prosecute missile defense operations if we have anything that comes our way.

The brigade node looks at the future fight and the operational fight; at our node up here at the 49th, we look at the tactical fight. As Col. Paladino said, both nodes work in conjunction with each other, but they are very comfortable working separately if something happens. It’s how we build redundancy into our system.

Working along with these soldiers are sensor operators. Despite that name, they actually don’t operate the sensors.We have great mission partners across the world to take care of sensors for us. What they do is monitor and analyze the data from space, land, and sea-based GMD network sensors that provide the input to the GFC. They also work directly with the directors and the deputies and give them data and courses of action to prosecute the missile defense operations as they happen.

The remaining crew members are chiefly responsible for various secure communication systems and are responsible for the actions necessary to launch our GBIs [ground-based interceptors]. They monitor the overall health of the system and make tactical recommendations to the director and deputy based on available assets. At any given time, 24/7, both crews, 10 soldiers in two different locations, are ready to defend the nation. 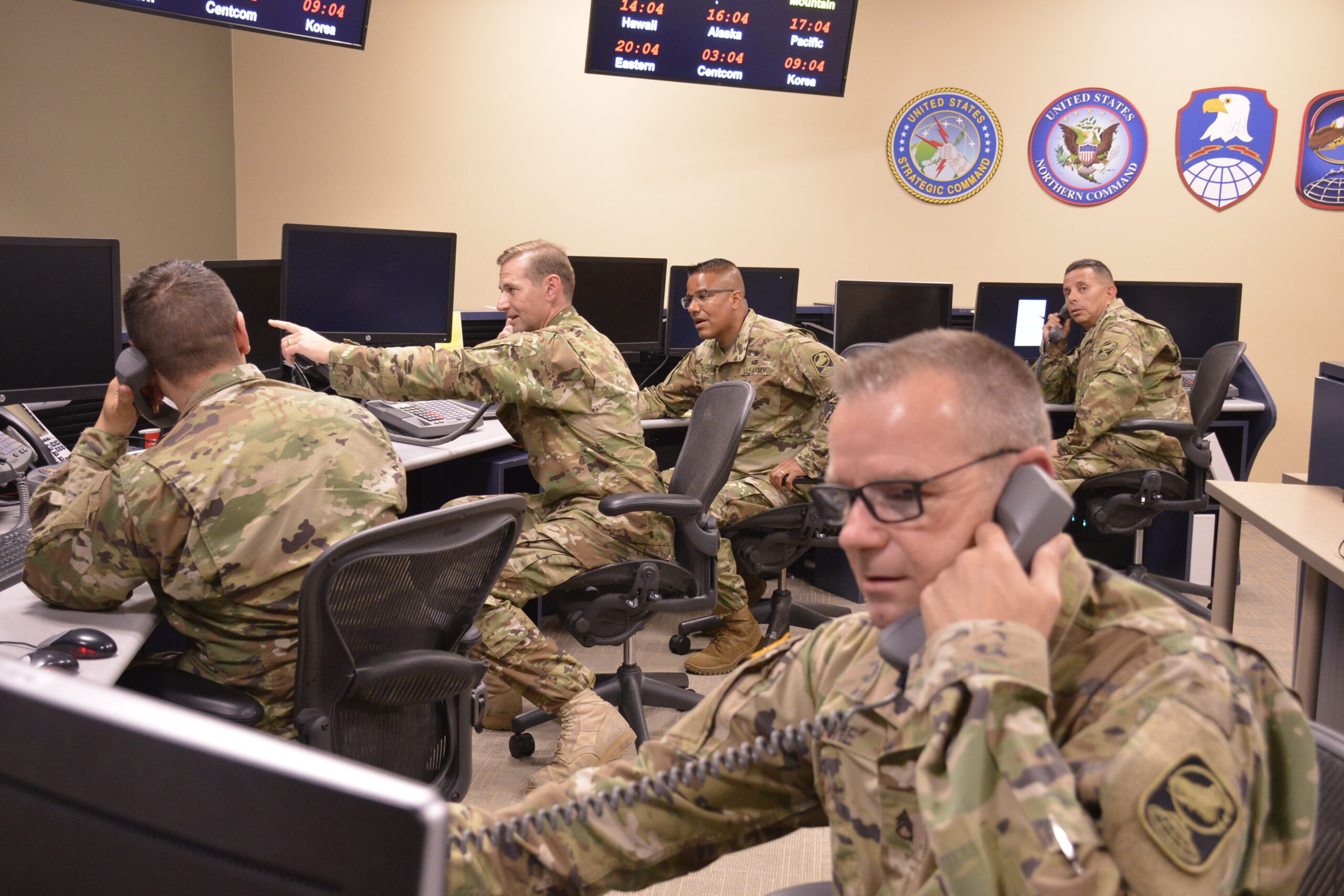 A crew working at the 49th battalion In the Fire Direction Center at Fort Greely, Alaska. Photo courtesy of the US Army.

Stutz: The GMD system trainer, or GST, provides us real-world high-fidelity scenarios that we train on day-to-day to ensure our crews are at the point of the spear and ready to defend the nation at any given time.

These systems are at both Schriever and Fort Greely. Originally they were housed in separate parts of the facilities. We had to bring in additional soldiers to maintain the system while our crews actually trained on the GST, or the crews came in before their shift to train on the GST to make sure that they were warmed up and ready for their shift.

About 10 years ago, MDA provided the ability for the crews to conduct training within the operational nodes themselves. They now have the ability to actually stand watch, and while they’re standing watch they can train on these scenarios that we have on the GST. They’re able to switch to the operational configuration within seconds of any type of missile event happening that they need to take care of in the real world.

The system is also programmable so we can adjust the scenarios we train on every day. As things change in the real world our system keeps pace with it, and our directors and deputies are able to focus the type of training they want their crews to work on.

Paladino: All of our crew members go through a very rigorous training program that starts off with a seven-week course with very high standards. It requires a 90 percent in all written exams, as well as many different practical evaluations.

Once the soldier graduates from that course, they go through a certification program on their individual duty positions based on where they’re assigned on the crew. They train collectively as a crew on training scenarios that are extremely challenging, complex, and dynamic. Certifying the entire crew requires them to rapidly process the threat, make recommendations to the deputy and the crew director, and execute the actions based off of the current USNORTHCOM shot doctrine.

Our crews are certified externally by SMDC every six months. They train on multiple conflict scenarios. As Chris described, the ability to train in the operational node within those 12-hour shifts that each crew sits, probably the first four or five hours of that shift they are doing nothing but training runs and building and maintaining proficiency [while maintaining] the ability to switch over to the operational environment within seconds.