Videos shared on Chinese social media first showed protests against Covid restrictions in Urumqi, the capital of the western province of Xinjiang, after a fire at a locked-down apartment building killed 10 people. Now, the protests have swept nationwide.

The Chinese Communist Party, in conjunction with tech platforms, are rapidly trying to take down videos and comments about the protests that have already swept across the country, with anti-lockdown protesters at rallies openly calling for President Xi Jinping to resign.

Communist China is one of the few remaining countries to crush civil liberties and keep draconian lockdown policies.

Several hundred students at Tsinghua University in Beijing have joined the growing mass of demonstrations across the country as social platforms like Weibo and WeChat are desperately trying to remove all evidence. 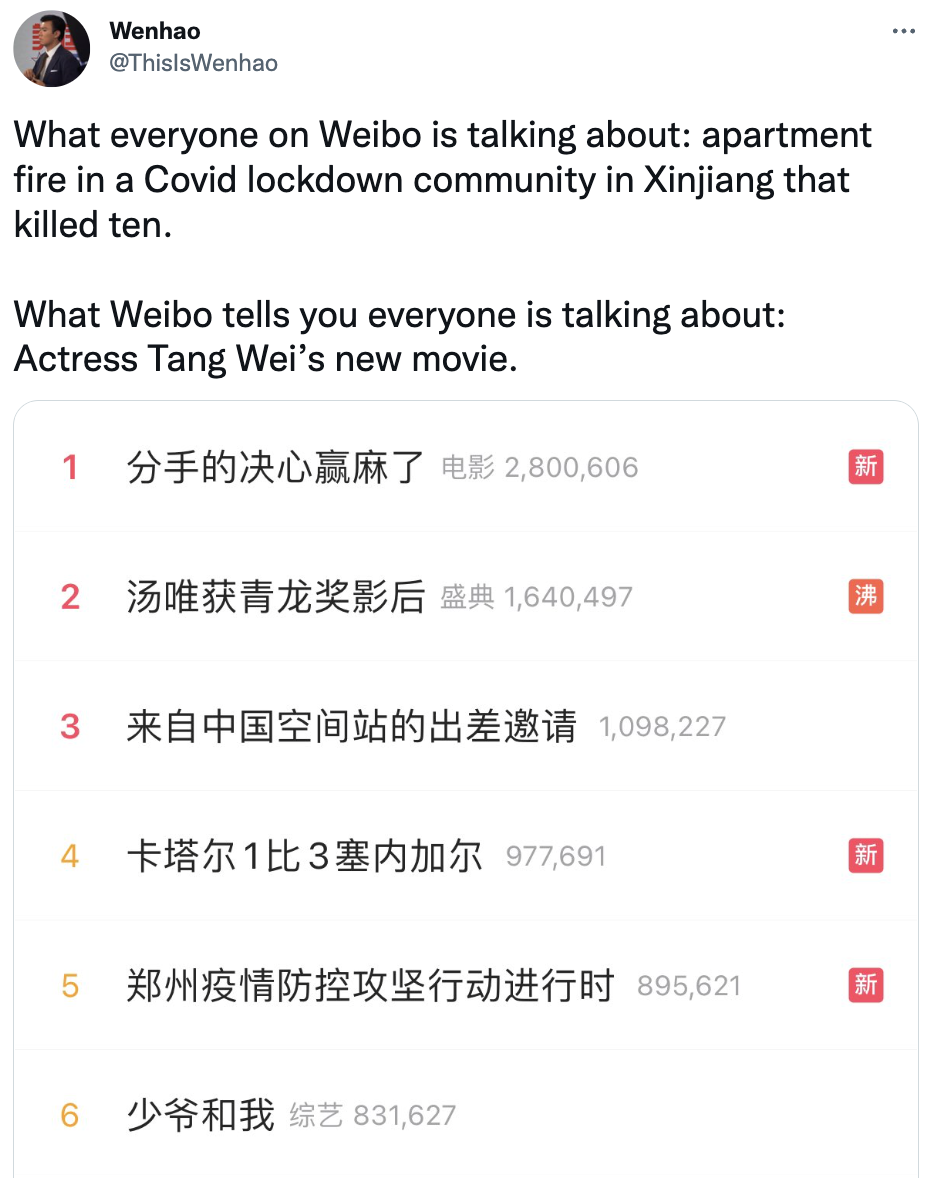 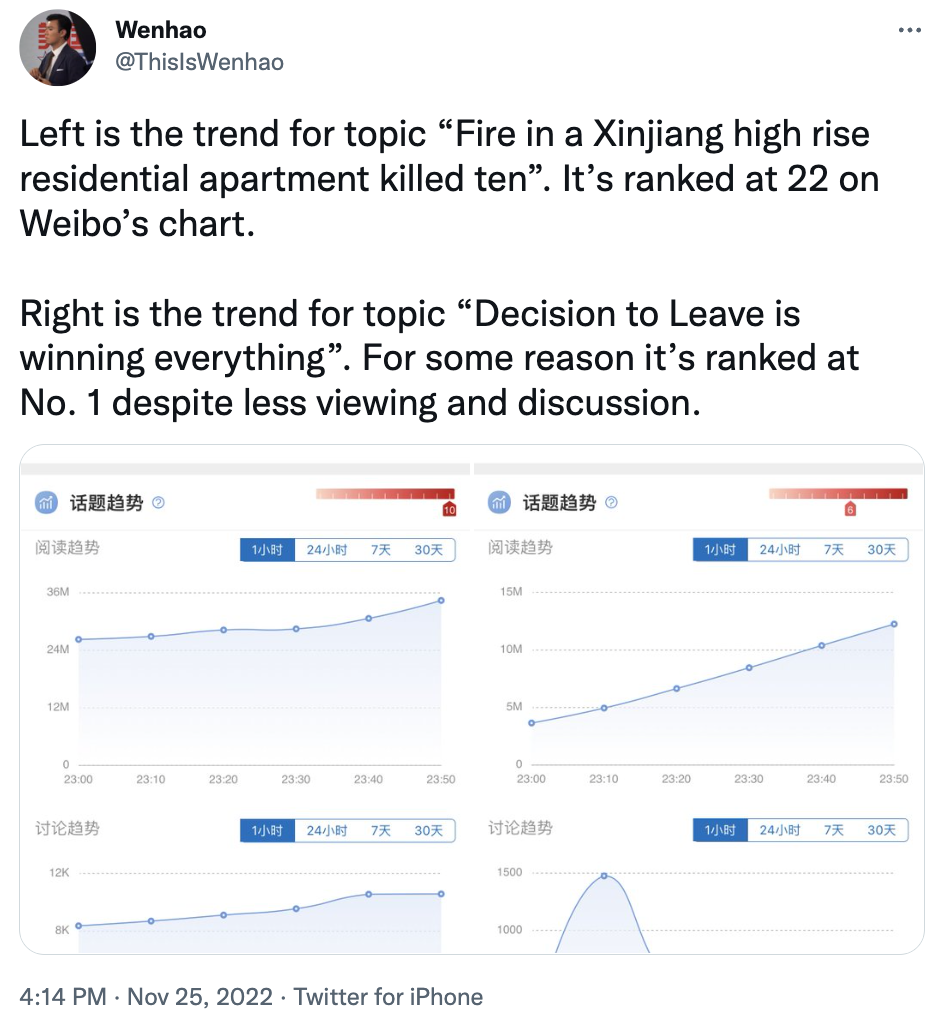 Crowds are holding up signs calling for “democracy” and “free speech.”

Tsinghua University, in the Chinese capital, is one of the biggest centers for the protests and the scale of demonstrations in the country is the largest since the Tiananmen Square protests of 1989, where hundreds died after the military openly killed protesters. Even to this day, references to Tiananmen Square are censored on social media. 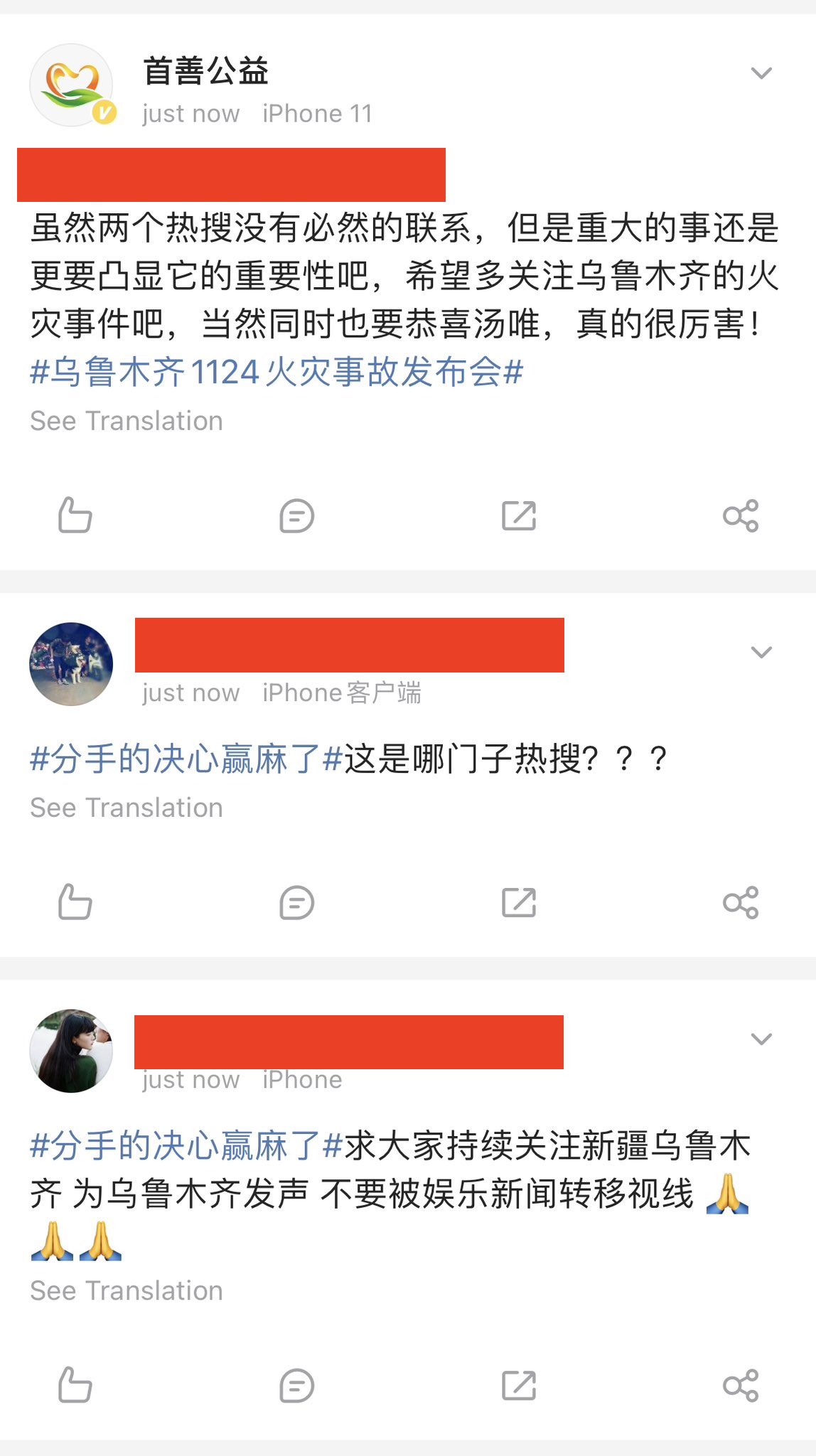 Weibo users have turned to using the hashtag “#分手的决心赢麻了#” – loosely translated as “The determination to break us won&rsquor;t work.”

Professor of Global History at Oxford University, Peter Frankopan, commented on the protests and suggested that the government will likely escalate against the protesters.

“Most serious moment since Tiananmen in 89. Hard to see the genie get put back in the bottle. A soft touch needed; a hammer much more likely to come next. And then who knows,” he said.

Luke de Pulford of the Inter-Parliamentary Alliance on Communist China said: “I can&rsquor;t tear myself away from these videos. Breathtaking courage. Chinese students demanding democracy. Undeniable echoes of Tiananmen.”

Video shared online shows crowds pulling down fences and barricades as they battled with security officers who were physically attacking protesters with battens and tear gas.

Other footage shows police grappling with anti-lockdown protesters who had been arrested and put on buses in Shanghai, where the largest demonstrations have broken out. The city is home to over 26 million people.

Officers used pepper spray against about 300 protesters, according to a witness, but western journalists reported the numbers to be in the thousands.

According to online posts, firefighting efforts were hindered by the restrictions. However, city officials claim that parked vehicles hindered firefighters’ access to the apartment building.

Online videos, verified by Reuters, showed Urumqi residents, most of them in face masks, gathering in the city’s streets after dark. They were chanting, pumping their fists, and confronting officials. In one clip, a demonstrator is seen shouting through a megaphone, and in another, a crowd is seen breaking through a barrier manned by city employees in protective gear.

Disruptive and large-scale protests are rare in Communist China. However, in recent weeks, there have been several protests against the country’s zero-Covid policy. Despite the strict policy, Covid cases in Communist China hit an all-time high this week since the pandemic began.

The post Communist China cracks down on internet discourse as biggest protests since Tiananmen Square break out appeared first on Reclaim The Net.

Click this link for the original source of this article.
Author: Will Henney

...
Will Communist China’s anti-lockdown protestors succeed?
Twitter reinstates President Donald Trump
Gordon Chang slams Biden over administration's response to Communist China protests
“If the Purpose is ‘Let us Get All the People Vaccinated, Particularly the Elderly,’ Then ...
Communist China Poses Increasing Threat in Military Space Race, US General Warns
Indian PM urges G-20 leaders to support digital ID efforts at Bali summit
Communist China’s Hand in Brazil’s Election
John Ratcliffe on Communist China protests: Nobody knows how this will play out
"Beijing sees record Covid cases as Communist China outbreak spirals"; once again, ZERO-COVID in Ch...
Russell Brand: "Trucker Protests Canada and US- Finally, The TRUTH"; it was all wrong, al...
First Iranian soccer player publicly supports protests at World Cup: ‘We are with them, w...
WeChat censors dissent after Covid restriction protests break out at iPhone factory
You Might Like...