Sam Bankman-Fried, former CEO of now-bankrupt crypto exchange FTX, had planned to become the biggest donor to the Democratic Party in 2024, a cycle in which he might have spent as much as $1 billion, according to investigative journalist Theodore Schleifer, writing for Puck News Wednesday.

The erstwhile billionaire filed in April, 2022, to incorporate an umbrella organization known as The Center for the Future in Delaware, according to Schleifer, citing corporate database Open Corporates. The organization intended to tackle a variety of hot-button issues ranging from pandemic preparedness to democracy reform, the foundation of which was the first salvo in a 50-year influence campaign designed to fundamentally transform American politics, Schleifer alleges, citing sources who spoke with Bankman-Fried’s aides.

“Sam’s idea is he basically saw all the world’s biggest problems as being multi-decade, multi-century trillion-dollar problems,” an anonymous source who worked with The Center for the Future told Schleifer. “How do you solve global hunger? You cannot possibly hope to solve pandemic prevention on the timescale of one person’s lifetime. Rather than think about how to solve that in a 10 or a 20 or a 30-year career, think in terms of 50 or 100 years.”

Having spent nearly $37 million on Democratic issues in the 2022 midterm cycle, Bankman-Fried was already the second largest individual donor to Democrats behind George Soros, according to financial watchdog Open Secrets.

Sam Bankman-Fried in recent months was plotting an even BIGGER political organization, was personally buying Democratic tech companies, and was preparing to be a huge player in 2024.

Lots of exclusive details in this report —>https://t.co/zhrJgfiwUK

Schleifer claims that he has acquired the tax filings for Guarding Against Pandemics, one of Bankman-Fried’s main political groups, showing that the organization had $22.7 million in revenue in 2021. In the time since, the group has acquired several more full-time staff and consultants, growing significantly.

As part of Bankman-Fried’s push to prepare for 2024, he acquired Deck, a Democratic tech startup to help the party target voters, for roughly $5 million after his mother, Barbara Fried, had spoken highly of the firm to him, according to Schleifer. He was also running experiments and performing statistical analyses to assess the effectiveness of Facebook ads, community newsletters and other campaign tools in order to optimize outreach, Schleifer reported. 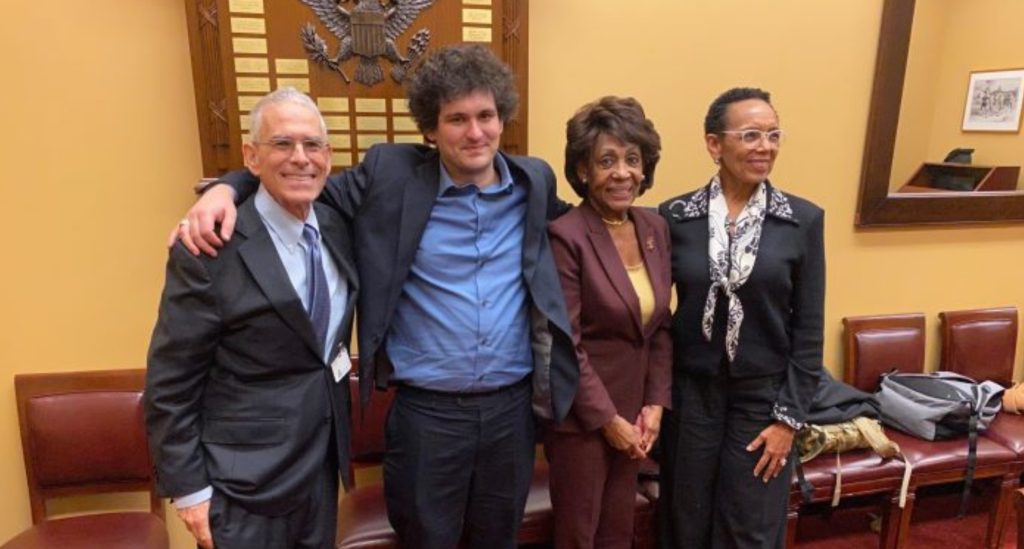 Fried, alongside Bankman-Fried’s brother, Gabe Bankman-Fried recently stepped down from their roles at Mind the Gap, a Democratic dark money group that connects deep-pocketed donors to campaigns that they believe will see the greatest return on investment, but does not make donations of its own.

Across all of Bankman-Fried’s political groups and organizations, Schleifer estimates that the former mogul has spent roughly $100 million, but stresses that this value is possibly an underestimate.

Deck did not immediately respond to a Daily Caller News Foundation request for comment.

Click this link for the original source of this article.
Author: Becker News