The legendary “Dirty Harry” movie franchise is famous for a number of things, among them iconic actor Clint Eastwood and his portrayal of the lone-wolf, take-no-prisoners inspector, his .44 Magnum handgun, and elaborate foot chases amid a San Francisco backdrop.

Well, what was caught on video earlier this month on a Frisco freeway likely would make for a nifty scene in a “Dirty Harry” flick — if not for the fact that it was quite real. All that was missing was Clint and his hand-held cannon. 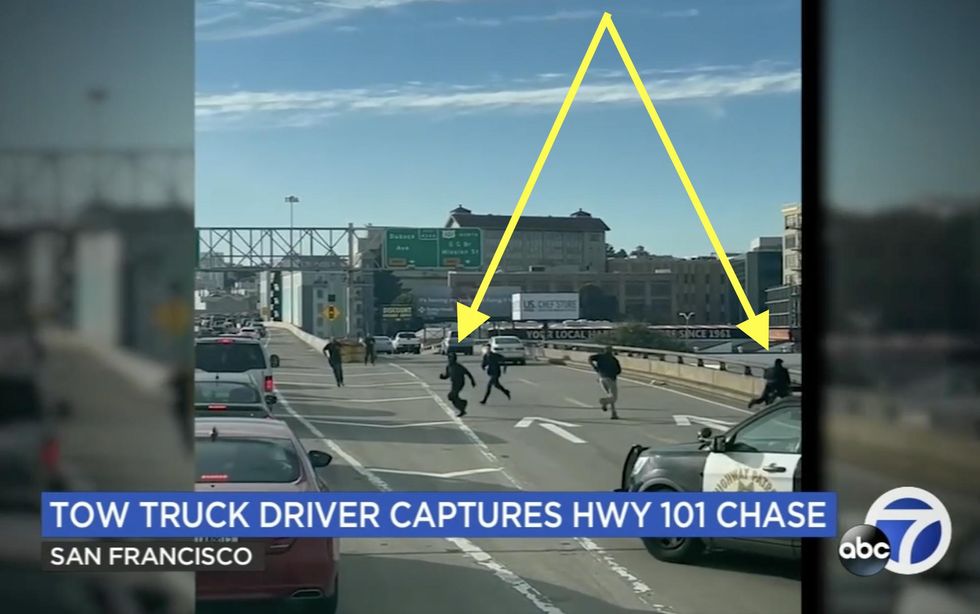 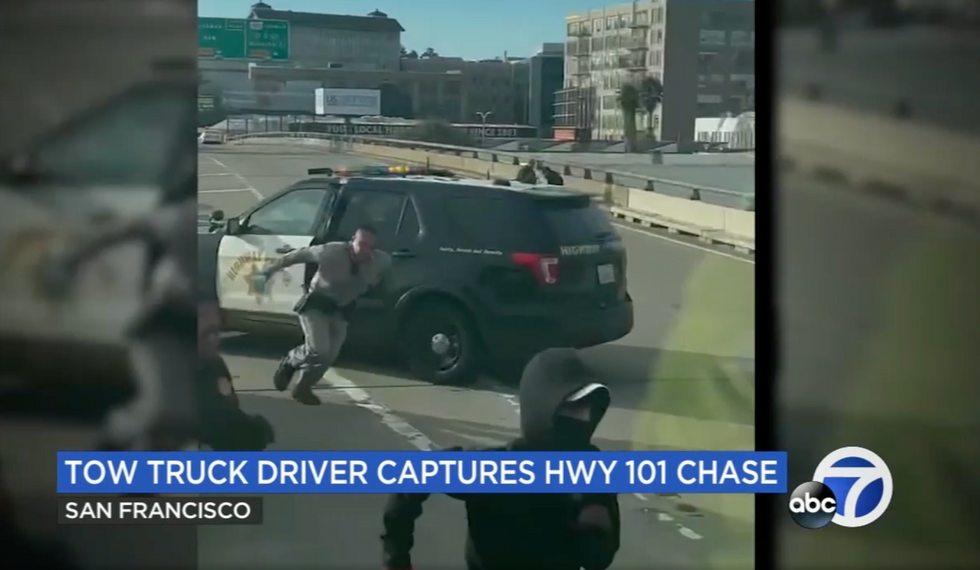 That suspect had already evaded at least four police as he scampered across four lanes of traffic. 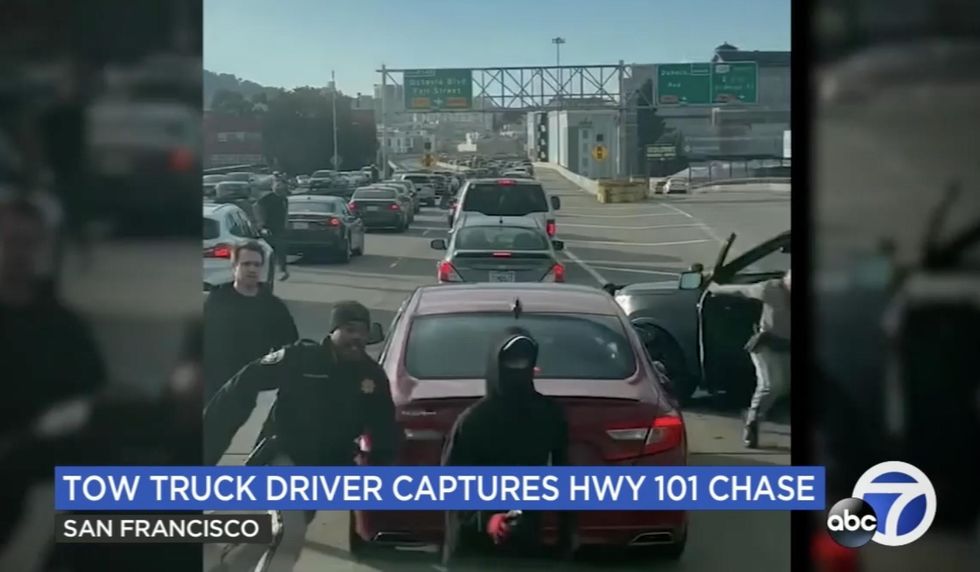 Seconds before, another suspect is seen tripping and falling as he runs toward a highway barrier, after which a cop easily wraps him up. 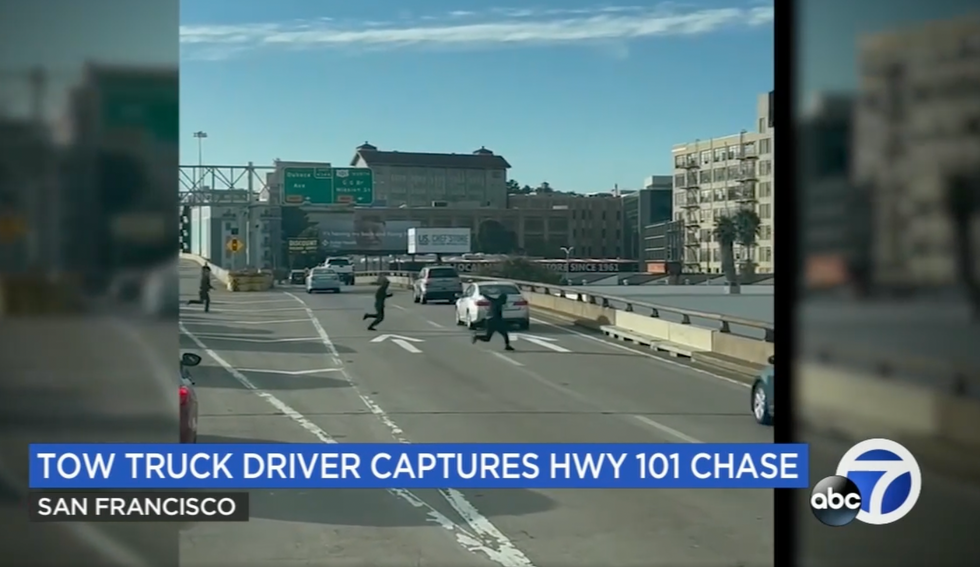 Officers just after 3 p.m. spotted a vehicle matching descriptions they were given in the area of Market and Octavia Streets and followed it as the driver turned on to southbound 101, SFGate reported.

The driver soon pulled over on the freeway shoulder, after which all three occupants got out and ran, SFGate added. One of them had a gun, KGO noted.

Police put on their running shoes, too.

The suspect with the gun threw the weapon on the ground during the foot chase, police told SFGate, adding that police recovered it.

“I was like, ‘Damn, something is going down!” the tow truck driver told KGO.

You gotta ask yourself one question: Do I feel lucky?

In the end, three suspects were arrested — and right on the freeway, the KGO said.

One of them is an unnamed 17-year-old, KGO reported. Then there are two adults:

The adults were booked into county jail, SFGate reported, and the juvenile was released to his mother.

...
Bill 'Slick Willy' Clinton’s Worst Fear Is Coming True, As Elon Musk Unlocked The One Account That Shou...
REPORT: ‘Supernatural’ actress dead at 47: ‘She was definitely a fighter’
‘We Have No Confidence at All in Our Election Process’: Cheating Maricopa County Board Gets Lit Up...
The Worldwide Corona Crisis, Global Coup d’Etat Against Humanity by Prof. Michel Chossudo...
Five rental vehicles used by Biden’s secret service burst into flames after Nantucket vac...
KAN-CELED: Ye's Twitter Account Suspended Again for Swastika Post
Fauci Tries To Duck His Involvement in the Social Media Muzzling of Truthers During the E...
Let the nepotism flow: New York City mayor’s longtime friend gets hired and now makes over $220K – ...
The Postmodern Rejection of Property Threatens to Devastate the World
Useless CDC Knew COVID Vax Associated With Myocarditis
CLEANING OUT THE CLOSET: Musk Finds Closet Filled With ‘Stay Woke’ Shirts at Twitter Headquarters
DeSantis warns Apple ‘raw exercise of monopolistic power’ on Twitter, Communist China may prompt Co...
You Might Like...