On November 19, a new wave of Israeli airstrikes hit military positions on the Syrian coast and in the country’s central region.

“At around six thirty in the morning, the Israeli enemy carried out an aerial aggression over the Mediterranean Sea from the direction of [the town of] Banias, targeting some positions on the coast and in the central region,” a military official told the state-run Syrian Arab News Agency, adding that several “hostile missiles” were successfully intercepted by Syrian air defenses.

Several photos that surfaced online after the attack show what appears to be an explosion and missile trails in the sky over the coast and the central region.

The unnamed Syrian military official acknowledged that four service members of the Syrian Arab Army were killed and fifth was wounded as a result of the Israeli attack. 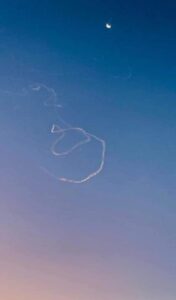 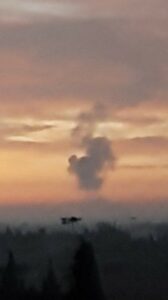 This was the second confirmed Israeli attack on Syria this month. On November 13, a series of Israeli airstrikes hit Shayrat Air Base in the eastern countryside of Homs in the central region. The attack claimed the lives of two service members and wounded three others.

In addition to the attack on Shayrat Air Base, Israel was unofficially blamed for a series of strikes that targeted al-Qa’im crossing on Syria’s border with Iraq on November 8. At least ten people, including Iranian nationals, were killed in the attack.

According to Hebrew and Arab media, all of Israel’s recent attacks on Syria targeted Iranian weapons shipment meant for Hezbollah in Lebanon or position of Iranian-backed forces. Yet, the human and material losses caused by these attacks were mostly Syrian.

Israel will likely continue to attack Syria, who has been trying to avoid a major escalation due to it sensitive security and economic situation.