Look at the RINOs crying,

Look at the media lying,

Look at the MAGAs tweeting,

The way they’ve always done before…

Ron DeSantis’s hands are tied. As the attacks come from side to side… yes, I did just get “Use Your Illusion II” on vinyl. Why do you ask?

The 2024 primary season is upon us. PRIMARY SEASON. Not a civil war. Donald Trump announced. Ron DeSantis hasn’t announced… yet? But we’re at the point where whenever DeSantis takes questions from the press, someone is going to ask “hey, what about that thing the guy who supports the other guy said?” On Wednesday, DeSantis informed people they can take their Republican Party civil war and stick it up their nose.

“We just finished this election, ok? People just need to chill out a little bit on some of this stuff, I mean seriously […] We have this Georgia runoff coming, which is very important for Republicans to win.” pic.twitter.com/XduafoZJif
— Florida’s Voice (@FLVoiceNews) November 16, 2022

We just finished this election. People just need to chill out a little bit on some of this stuff. I mean, seriously. We just ran an election. We have this Georgia runoff coming, which is very important for Republicans to win that Georgia runoff. 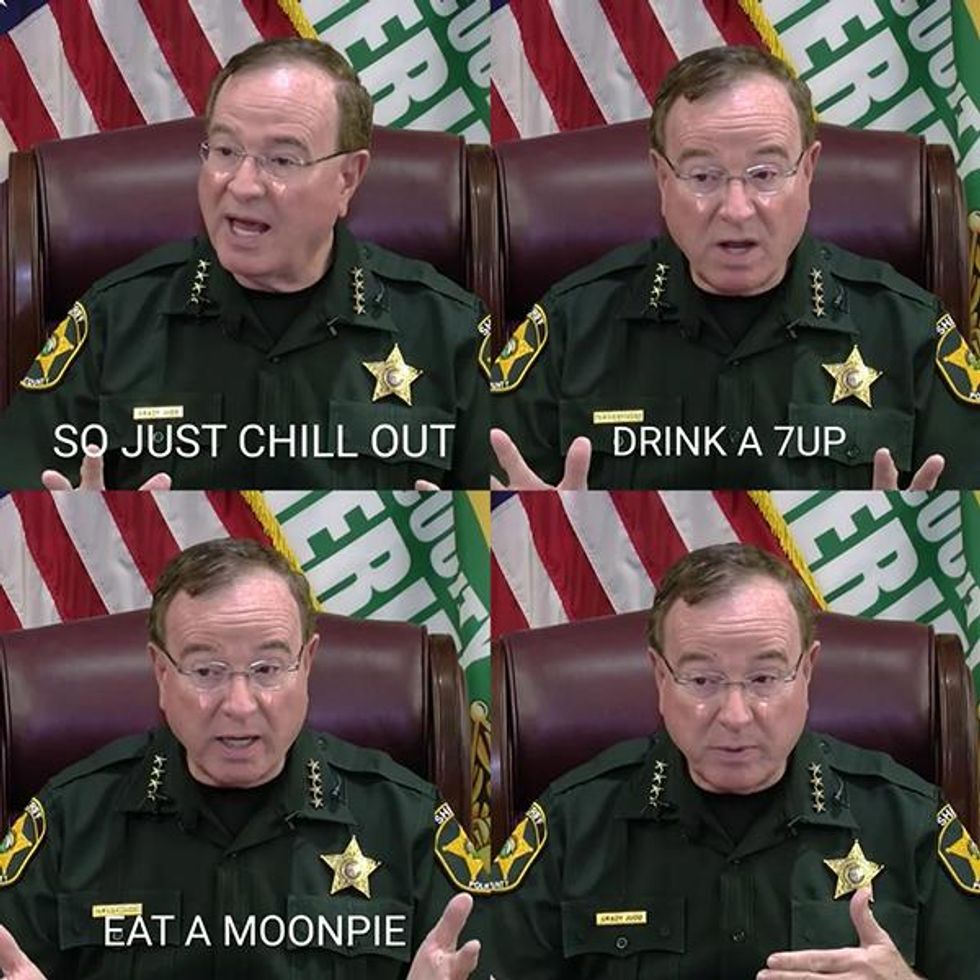 Hearing about an alleged civil war in the Republican Party is tiresome. The media pushes it because they want there to be a civil war. Then because so much of being on the right these days means having a knee-jerk reaction to the left, the attitude among some conservatives is that Nobody should be criticizing anyone lest you “give the media what they want.” Ronald Reagan’s 11th Commandment gets thrown around about not attacking other Republicans. Ignoring the fact Reagan ran a primary challenge against a sitting Republican president.

It’s not a “civil war” for different groups on the right to have a different presidential candidate in mind, advocate for that person, and criticize the other candidates for why they wouldn’t be as effective. It’s a PRIMARY. It’s healthy. It’s what adults do. Ron DeSantis and Donald Trump are both grown-ass men.

Plus, even though a recent poll has him up 18 points over Trump, DeSantis hasn’t announced anything yet. He is right about everyone needing to chill out until at least we get past the runoff. But all the different sects on the right should embrace debate and shouldn;t be afraid to choose sides as we decide who we want our next candidate to be.

LwC is on Substack now! Each day we overwhelm your brains with the content you’ve come to love from the Louder with Crowder Dot Com website.. but algorithms hide our ranting and raving as best they can. The best way to stick it to Big Tech? Subscribe to For the Content!