Home ► Education ► ‘They’re just sick of it’: 6 smash-and-grab crooks hit jewelry center, but tenants — some of whom ‘feed three families’ — fight back to defend livelihoods

Home ► Education ► ‘They’re just sick of it’: 6 smash-and-grab crooks hit jewelry center, but tenants — some of whom ‘feed three families’ — fight back to defend livelihoods

Six black-clad crooks attempted a smash-and-grab robbery at a downtown Los Angeles jewelry center last week, but the tenants — some of whom “feed three families” — weren’t having it and fought back against the robbers to defend their livelihoods, KCBS-TV reported.

“The majority of our tenants have the kind of glass that you can’t break, so [the robbers] were not successful,” Nejdeh Avedian, general manager of the center, told KCBS.

A security guard detained one of the suspects in a nearby parking lot, after which police took the suspect into custody, the station said. 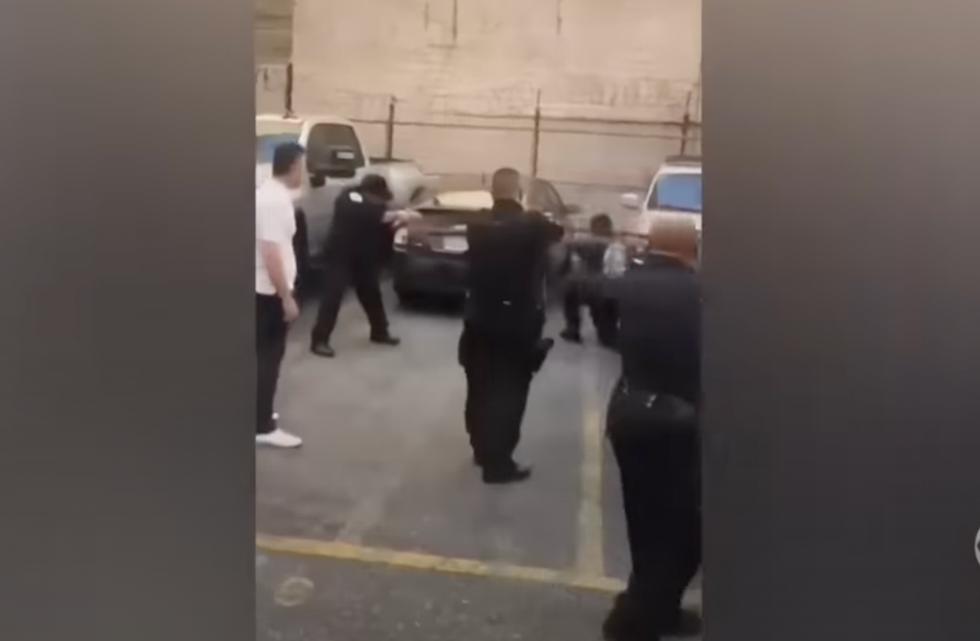 ‘They’re just sick of it’

Avedian told KCBS the majority of his tenants are from other countries and put their entire livelihoods on the line for the jewelry they’re selling — which Avedian said explains why they fought back.

“You know what?” he added to the station. “I think they’re just sick of it.” 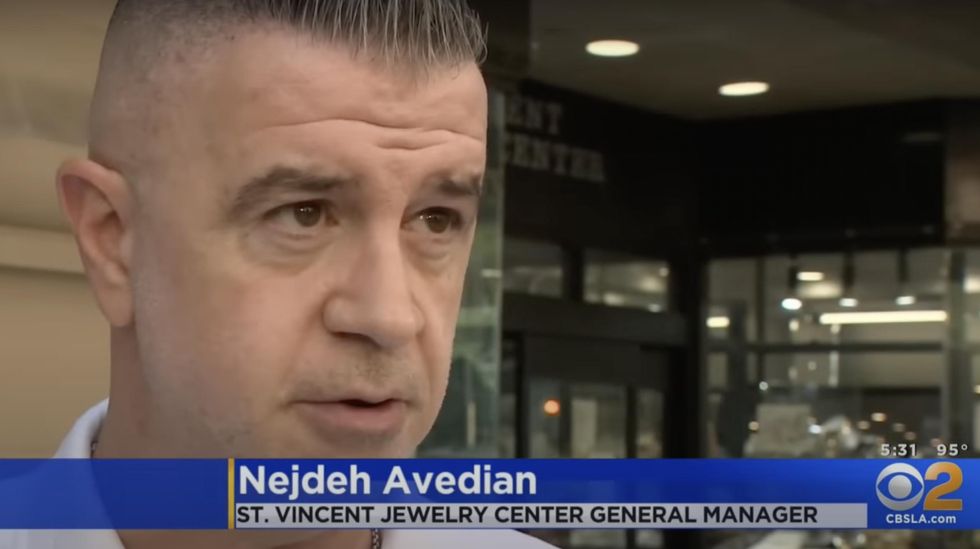 Avedian explained to KCBS that “some of these tenants, they feed three families, so the grandfather, the father, and now the son — so they’re not going to just sit there and let people take all this jewelry without doing anything about it.”

The jewelry district was established in 1972, but Avedian told the station smash-and-grab robberies have been surging in the jewelry district in the last two years — presumably because consequences for getting caught are minimal.

“There’s no repercussion for them,” he noted to KCBS. “Their repercussion is, if they get caught, they go to jail; the next day, they’re out walking around the streets. We want police to help us, and they are. We’re setting up meetings with them. We’ve been discussing it with them. We just need more help from [Council District]14, from our council member, from our government, to help us with these types of things.”

I have always said that a key strategy to combat these brazen acts of violence on our streets is increased foot and bike patrols in areas like Downtown LA. That’s why I secured $2.5 million in LAPD overtime to be added for Downtown LA – so law enforcement has the resources to ensure officers are on the front lines, closely patrolling our streets and stopping crime before it happens. Without question, increased foot patrols are something that my constituents in Downtown LA had asked for, and this past July LAPD began using the resources I secured for its foot patrol units to tackle crime spikes and allocate resources where needed.

This is a very troubling crime. Robbery and attempted robbery are felonies. We are prosecuting felonies, including robberies, at the same rate as the previous administrations. Our charging rate for robberies have not changed from that of prior administrations.

If the police apprehend a person for a crime, the police can either give the person a citation to attend court on a date in the future, or they can set bail, and the person can pay to be released. This process happens BEFORE the case is presented to the District Attorney’s office. If the police do not apprehend anyone, the case is never presented to our office. However, regardless of whether police apprehend a suspect, victims of crime can receive services from our office, including … appropriate restitution for property loss.

If the person cannot afford bail, they appear [in] court, and the judge determines if they are released or preventatively detained.