Anti-war vandals defaced a 9/11 memorial at Michigan State University for the second year in a row.

The school’s Young Americans for Freedom chapter on Sunday assembled the memorial, which featured the words “Never Forget” and was surrounded by 2,977 American flags to commemorate the number of people killed in the attacks on Sept. 11, 2001. By Tuesday morning, vandals painted “bloody” handprints on the memorial, along with the phrase “461,000 Iraqi civilians,” an apparent reference to Iraq war casualties. Just last year, vandals erased the “Never” in “Never Forget” on the Young Americans for Freedom memorial at Michigan State, and spray-painted “Israel” over an American flag.

Since 2003, Young Americans for Freedom has constructed memorials on high school and college campuses as part of its 9/11: Never Forget Project. A spokeswoman for the group says 20 of their memorials have been vandalized since the project began in 2003. In 2021 a student leader at Washington University in St. Louis discarded the American flags from an identical memorial, which he called “insidious” and “a political prop upholding American hegemony.”

“There are many people who don’t think this event should be remembered or don’t see the significance of it,” Crouson said. “That’s why we do what we do.”

After vandals defaced the memorial, the university directed landscapers to discard the flags surrounding it, saying the memorial had been “abandoned.” 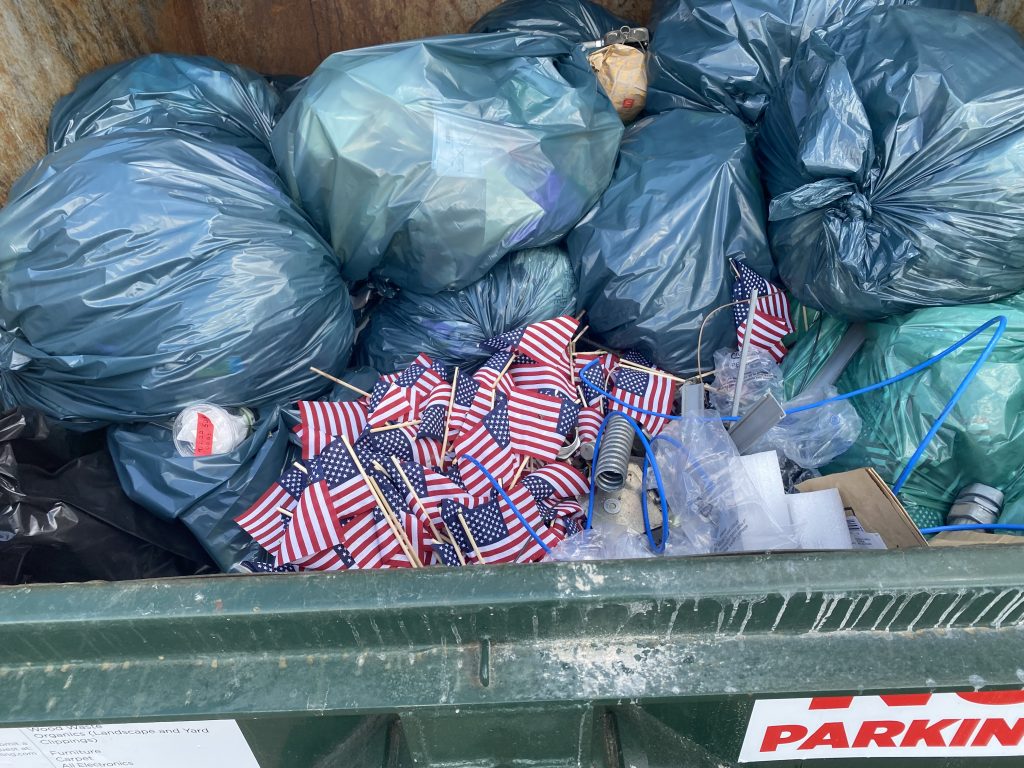 “The fact that the university felt 48 hours was too long to display a 9/11 memorial is appalling,” Crouson added.

Young Americans for Freedom interviewed students at George Mason University this month to gauge their knowledge of the 9/11 attacks. Many had not heard of al-Qaeda, and did not know the Islamic extremist group had coordinated the attacks.

Click this link for the original source of this article.
Author: Josh Christenson