Belarus says the decision was made following “unfriendly steps” by London 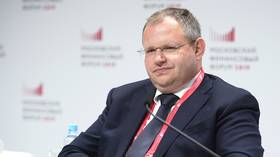 Ambassador Extraordinary and Plenipotentiary of the Republic of Belarus to the United Kingdom of Great Britain and Northern Ireland Maxim Leonidovich Ermolovich. ©  RIA/Ramil Sitdikov

Minsk’s decision to reduce the country’s diplomatic presence in the UK and lower it to a level of charge d’affaires was made “in connection with a number of unfriendly steps taken by the UK, systematically aimed at causing maximum damage to Belarusian citizens and legal entities,” Glaz explained.

According to the spokesman, Belarus has found it impossible to hold any meaningful dialogue with the UK after it imposed “unprecedented” sanctions targeting Belarusian citizens, employees, companies, economy, media and airlines. He made specific mention of the decision to withdraw visas for Belarusian deputies who were supposed to attend the OSCE Parliamentary Assembly in early July. 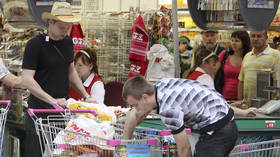 He added that the withdrawal of the ambassador did not mean that the country would be closing communication channels with London.

“We did not initiate any steps against this country and, as always, call for mutually respectful and constructive dialogue,” Glaz said. He added that Belarus would consider restoring its diplomatic presence in the UK only after the current “internal political show” is over and responsible politicians appear within the British government.

On July 4, the UK introduced its latest round of economic, trade and transportation sanctions on Belarus over its support for Moscow and the ongoing military operation in Ukraine. The restrictions involved a ban on importing Belarusian steel and iron to the UK as well as a ban on exporting advanced technology components to Belarus.

...
Monday Digest: hospital settles vaccine mandate case, one-year-old baby’s arm amputated, ...
Which way, Russia? Re-setting without Schwab?
Microwave Ovens Destroy the Nutrition in Food; This Results in Toxic Food
ARE YOU F**KING KIDDING ME?
“Expert” Narratives Are Collapsing
DISCUSS: WHO declares monkeypox “global emergency”
To Maintain Political Neutrality, The White House Physician Should Resign Immediately
Repeating the mistakes of the Roman Empire: The Fall of the West – The Herland Report
STROPPY’S VIEWS ON THE NEWS …SUNDAY, 7TH OF AUGUST
Jim Jordan: This is how political Biden's DOJ has become
African Actress Yvonne Nelson Opposes Abortion: “If You Get Pregnant, Have the Baby”
July 27 - Vaccine Death Excuses Rise Faster than "Cases"