A black-masked gunman covered head to toe in black clothing — save for purple gloves — was caught on video opening fire at a man on a Philadelphia street corner in broad daylight and then taking off in a waiting getaway SUV.

Police said the suspect — a black male with a thin build wearing a black balaclava-style mask, black hoody, black sweatpants, black Under Armour sneakers, and purple latex gloves — opened fire at a 34-year-old black man around 6:40 p.m. Wednesday at the corner of North 41st Street and West Lancaster Avenue in the west side of the city. 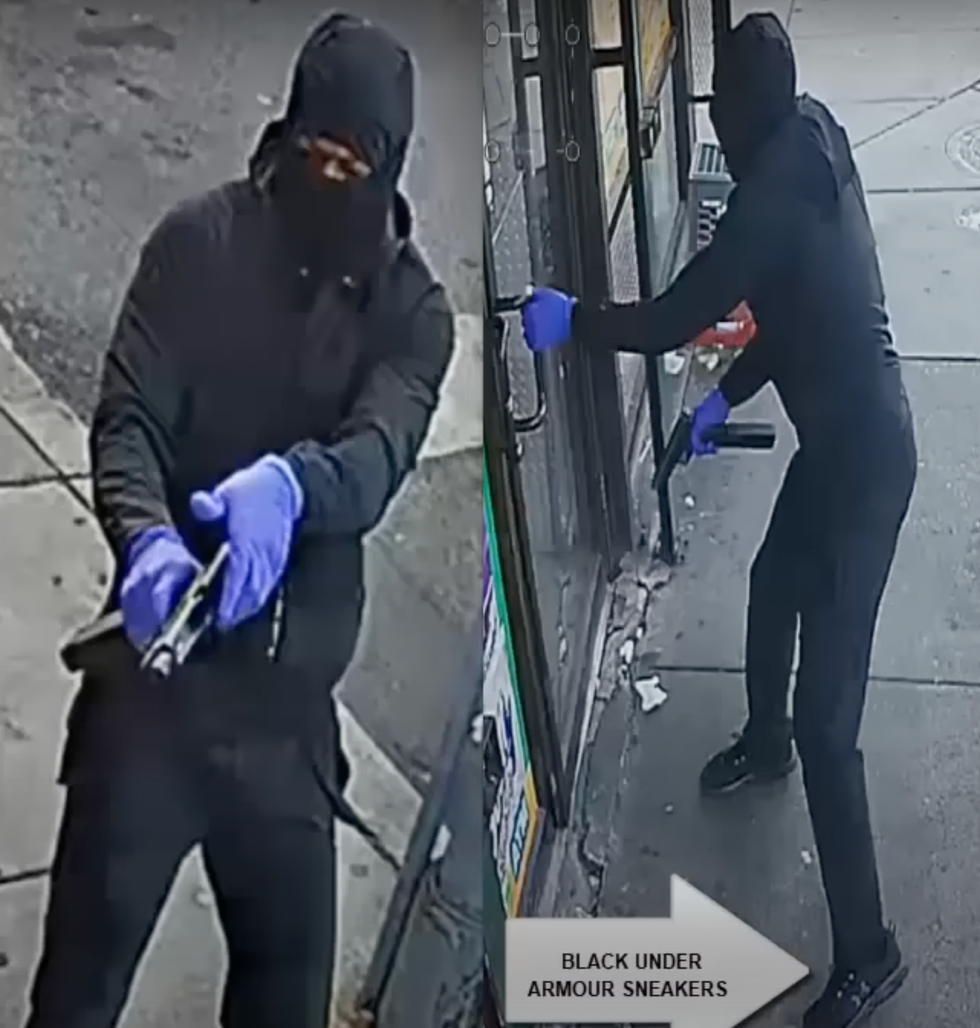 Surveillance video shows the suspect hopping out of what police said is a blue Hyundai Santa Fe — possibly a 2020 — with a MyFlorida.com license plate. The suspect then ran toward the sidewalk with his gun drawn. He appeared to be aiming at the victim who had been sitting on a milk crate in front of the corner store, as the below opposite-angle image seems to show: 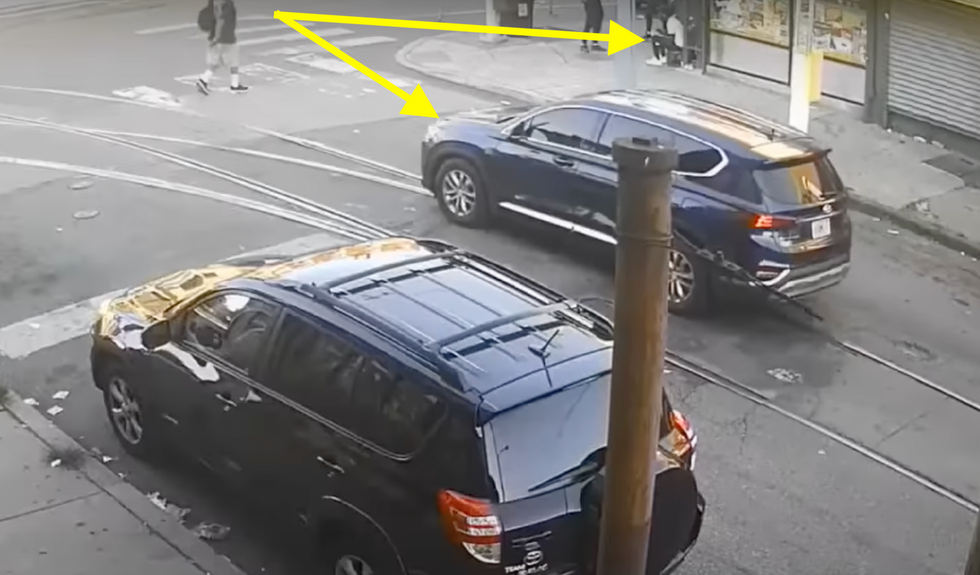 In his attempt to get away, the victim crashed into a red scooter, fell to the sidewalk, reached for a door handle, and ran into the store. The gunman — who previously appeared to have trouble discharging his firearm — headed to the same door and appeared to open fire. The gunman tripped over the scooter as he ran off, after which what appears to be the gun’s extended magazine was dislodged and flew into the street.

The gunman attempted to look for it — flipping the scooter over — and then gave up and ran to the same SUV that dropped him off as the victim ran down the sidewalk in the opposite direction. The gunman appeared to open fire at the victim before getting into the SUV. The driver then sped off, apparently continuing down North 41st Street.

What happened to the victim?

Police said the victim was shot in both legs and transported to Penn Presbyterian Hospital where he was listed in stable condition.

The suspect was still wanted Thursday. Police said those with information can submit tips via telephone or text: 215.686.TIPS (8477). Tips also can be left anonymously on an electronic form, police said, adding that all tips will be confidential.

...
Parents in 'conservative' state can identify children as transgender or non-binary
Biden’s weaponization of the FTC
Former congressman one of nine charged with insider trading resulting in million in illeg...
1 country goes psycho, purges databases of its own pre-approved articles
Karine Jean-Pierre roasted for calling overturning of Roe v. Wade 'unconstitutional'
Sen. Josh Hawley Goes Off On Merrick Garland Saying He ‘Must Resign’ And FBI’s Chris Wray...
U.S. city that allowed anarchists to occupy it now sued by black family over son's murder
Crazier and Crazier
Equity agenda funded by Biden's infrastructure law
Liberals Demand That We Stop Calling The FBI Raid On Mar-A-Lago A ‘Raid’ Because It Sound...
Report: Prince Charles' charity got donation from bin Ladens
Chris Rock cracks jokes after Will Smith’s public apology