A strain of flu that has become prevalent in pigs in Communist China that can be passed to humans could become another pandemic and needs to be closely monitored, according to researchers behind a new study.

The study published Monday in the journal Proceedings of the National Academy of Sciences focuses on influenza found in Chinese pigs called G4 EA H1N1. Researchers say the virus is a blend of a similar strain found in European and Asian birds, the H1N1 strain that caused the 2009 pandemic, and a North American H1N1.

Researchers analyzed nearly 30,00 swabs collected from pigs at slaughterhouses in ten Chinese provinces collected between 2011 and 2018. They found 179 swine influenza viruses, the majority of which were G4.

“G4 virus has shown a sharp increase since 2016, and is the predominant genotype in circulation in pigs detected across at least 10 provinces,” the researchers said.

At least two cases of G4 infections of humans have been documented, but the virus cannot be transmitted from person-to-person.

While influenza viruses often jump from pigs to humans, researchers say G4’s inclusion of genes from the 2009 H1N1 pandemic “may promote the virus adaptation,” allowing for human-to-human transmission.

Researchers called for monitoring of farms and workers as further transmission could cause the virus to “adapt and become a pandemic.”

“All of this evidence indicates that G4 EA H1N1 virus is a growing problem in pig farms, and the widespread circulation of G4 viruses in pigs inevitably increases their exposure to humans,” the study’s authors wrote.

Other experts who read the study said the chance of a pandemic due to G4 is unlikely.

“The likelihood that this particular variant is going to cause a pandemic is low,” Martha Nelson, an evolutionary biologist at the U.S. National Institutes of Health’s Fogarty International Center, told Science. Nelson studies pig influenza viruses and their spread to humans.

“You’re really not getting a good snapshot of what is dominant in pigs in China,” Nelson said, noting the need for more sampling.

The study comes as the world is in the middle of the global COVID-19 pandemic, which has infected more than 10 million people worldwide and left more than 502,000 dead, according to Johns Hopkins University data. 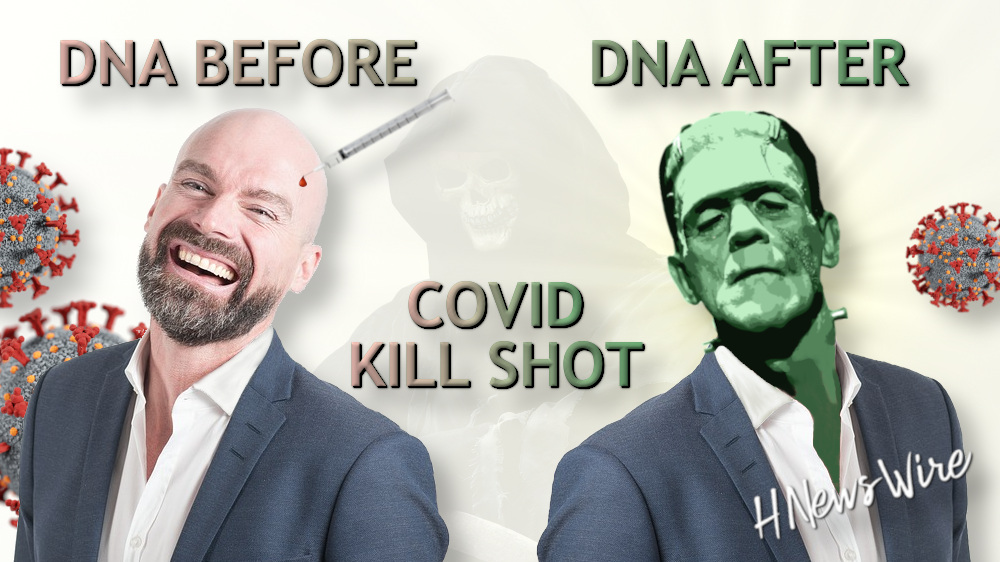 Chinese Researchers Warn of New Swine Flu Strain With Human Pandemic Potential, Nothing Good Will Ever Come Out Of China

Does the Bible say what role that Communist China plays in the end times?  What Scriptures seem to point to this idea?

The Kings of the East

When God pours out the bowls of wrath in the Book of Revelation the kings of the east are mentioned, specifically in Revelation 16:12 where it says “The sixth angel poured out his bowl on the great river Euphrates, and its water was dried up, to prepare the way for the kings from the east.”  Is this where the vast hoards of the communist nation Communist China enters into the prophetic history of the end times?  Why were the waters dried up in the first place?  This was prophesied hundreds of years earlier in Isaiah where the day of the Lord is written about (Isaiah 11:11) and in 11:15 is says God will cause the mighty river to be shrank down to seven channels.  Seven typically represents perfection or completion as in the creation week of the earth and the universe being created in seven days so the drying up of the River Euphrates dries up at the perfect time.

God saw to it that the great river Euphrates was dried up so that the vast armies of the east could cross over on foot and whatever vehicles they needed.  Anytime a direction is given, like the east in this case, the Bible speaks of the direction in relation to Jerusalem or Israel and if you look directly to the east on any world map, that would strongly suggest Communist China and quite possibly could represent their innumerable armies.  Communist China today has the largest standing army of any nation in the world.  They are so massive that they don’t have the capacity to transport that huge of a number of troops so maybe that’s why they had to cross over, perhaps on foot, across the Euphrates River.

We have seen the cooperative natures of Russia and the Chinese and today, Russia is becoming increasingly belligerent toward the West and Israel and on the same map that you can locate Communist China as being to the East, so also lies another of the most powerful military nations of the world and that would be Russia.  Will Russia join with the Chinese as parts of the “kings of the east?” Only time will tell.  Russia is typically believed to be Gog and Magog to the north but still more east than north.  Many Bible scholars believe that Gog and Magog in Ezekiel 38 and 39 refer to Russia although we cannot know with 100% certainty.

Nothing will ever catch nor has anything ever caught God by surprise so in the time just prior to Christ’s second coming, it looks like He will providentially draw these two vast forces (and others?) together as part of His plan to bring them to the Valley of Megiddo just below the Hebrew-named Mount Megiddo for the Battle of Armageddon (Rev 16:14) which takes place shortly after the kings of the east march to just outside of Israel.  Hundreds of Bible commentaries agree that the kings of the east are the oriental people from just north of Indonesia throughout the northern areas into Communist China and parts of Russia which have some people that are classified today as Oriental descendants.[1] This isn’t the first time that the Euphrates has been known to dry up and the timing of this is within God’s plan for the end time events that may take place shortly.  Isaiah writes in 49:12 “Behold, these shall come from afar, and behold, these from the north and from the west, and these from the land of Syene.” Where is the land Synene or as some translations call it “Sinim” and who are these peoples?  Many Bible scholars associate “Sinim” or Synene with the Chinese because at the time that Isaiah wrote this the root word for Sinim is “Qin” which is a state that was founded 778 BC and refers to the Qin dynasty, founded in 221 BC by Qin Shi Huang-Di.  When Isaiah wrote this prophecy there was no one China, only a scattering of smaller states so the association to modern day Communist China is in no way a stretch beyond the possibility of Sinim or Synene referring to China.

Anti-Semitism on the Rise

It is easy to look at world history and see the systemic hatred toward the Jews and anti-Semitism appears to be on the rise today.  This final battle could be a result of a rabid final mission intent on destroying once and for all the Jewish nation of Israel.  One thing we do know is that Satan despises God’s chosen people and today those who are chosen by God are the ones with the bull’s eye on their backs.  He would love nothing more than to destroy the children of God but since he cannot, the next best thing for the Devil would be to destroy the nation of Israel, the people who have written and preserved the Bible for centuries.  It’s like a raging bull…he will hit the next available target and Christians and Jews both are wearing red so since God’s people are protected and kept by God, he can only attack the Jews who have predominantly rejected Jesus Christ as the Messiah.  For a time, they have been blinded.  Paul writes when “Israel failed to obtain what it was seeking. The elect obtained it, but the rest were hardened” (Rom 11:7) and so “God gave them a spirit of stupor, eyes that would not see and ears that would not hear, down to this very day” (Rom 11:12).  Paul continues this thought in Romans 11:25 where he writes “Israel has experienced a hardening in part until the full number of the Gentiles has come in” and the Gentiles is fulfilled when the last one is saved and Christ will return. Until that time, their minds [have been] made dull, for to this day the same veil remains when the old covenant is read. It has not been removed, because only in Christ is it taken away” (2 Cor 3:14).  Today, only a very small remnant of Israel has believed in Jesus.

The World Is In Big Trouble, for Those That Believe We Will Go Back to Some Sense of Normal Life Here on Earth, You Will Be Sadly Disappointed, Seven and Half Years of Hell on Earth Which Began January 1, 2020

The post Chinese Researchers Warn of New Swine Flu Strain With Human Pandemic Potential, Nothing Good Will Ever Come Out Of China appeared first on www.HNewsWire.com.