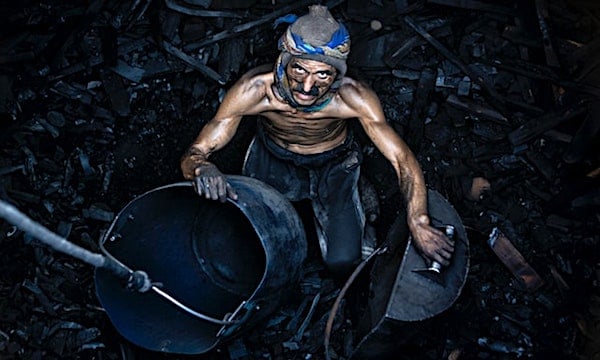 (Photo by Amir Arabshahi on Unsplash)

European nations are firing up idled coal-powered plants to make up for lost energy supplies after Russia slashed natural gas exports to Europe in June.

Germany announced on Sunday an initiative to restart power plants that burn coal and offer incentives for companies to economize on natural gas consumption, The Wall Street Journal reported.

“It is obviously Putin’s strategy to rattle us, drive up prices and divide us. We won’t allow that. We will defend ourselves resolutely, precisely and thoughtfully,” said German Vice Chancellor and Green Party leader Robert Habeck, according to the WSJ.

The move aims to increase Germany’s gas stores, currently at around 50%, almost to full capacity in preparation for winter, Habeck explained. Officials see coal, a resource that emits higher amounts of carbon dioxide than other fossil fuels according to the U.S. Energy Information Administration, as the next best option.

“This is bitter,” said Habek. “But in this situation, it is necessary to reduce gas consumption.”

Austria also decided to reconvert a LNG-fueled reserve power plant “so that in an emergency it can once again produce electricity from coal, not gas,” the office of Austrian Chancellor Karl Nehammer told Reuters in a statement Sunday. The announcement came after Germany announced its measures to increase energy availability.

“The activation of the coal-fired power plant in Mellach is an emergency measure. This by no means implies a return to the fossil fuel age – on the contrary: we will continue to do everything we can to end our dependence on Russia and increasingly rely on renewable energy,” a spokesperson for the chancellor told The Daily Caller News Foundation.

“The government reluctantly took this decision in light of recent events, most notably the reduced gas exports from Russia to Europe,” a spokesperson for Dutch energy and environment minister Rob Jetten told TheDCNF.

A green energy law introduced in early 2022 required coal-fired plants in the Netherlands run at a maximum of 35 percent, but now they will operate at full capacity. By 2030, however, the government will no longer allow the plants to use coal to generate energy, the spokesperson explained.

Putin and Gazprom, a major Russian state-owned energy producer, said Western sanctions forced them to reduce LNG flows to Europe. However, Russian oil and gas companies brought in a record profit during the previous four months under sanctions.

Meanwhile, the Biden administration in the U.S. has repeatedly attempted to block oil and gas leases that could offset supply shortages and rising gas prices.

The office of Robert Habeck did not immediately respond to TheDCNF’s request for comment.

The post Europe runs back to coal after Russia cuts off natural gas appeared first on WND.