Amy Schneider, the Jeopardy! champion who along with college swimmer Lia Thomas helped prove that women born as men are smarter and more athletically gifted than women born as women, is feuding with Fox Sports after the network declined to air footage of Schneider throwing out the first pitch at the Giants vs. Dodgers game on “Pride Day” over the weekend.

In fact, sports networks rarely broadcast the first pitch because no one cares. The Washington Free Beacon, however, is committed to celebrating diversity and inclusion. We believe Schneider’s performance at Oracle Park in San Francisco—just days after the filth-riddled city’s residents voted to recall disgraced District Attorney Chesa Boudin—deserves to be recognized by a semi-respectable media outlet.

A Free Beacon analysis has determined that Schneider is one among the vast majority of Americans who can throw a baseball better than Barack Obama, the celebrity author and former president of the United States. Despite spending an excessive amount of his time in office weighing in on sporting events, Obama repeatedly revealed himself to be an extraordinarily bad athlete with atrocious form and throwing mechanics. Schneider’s form was exemplary in comparison, although that’s not saying much. 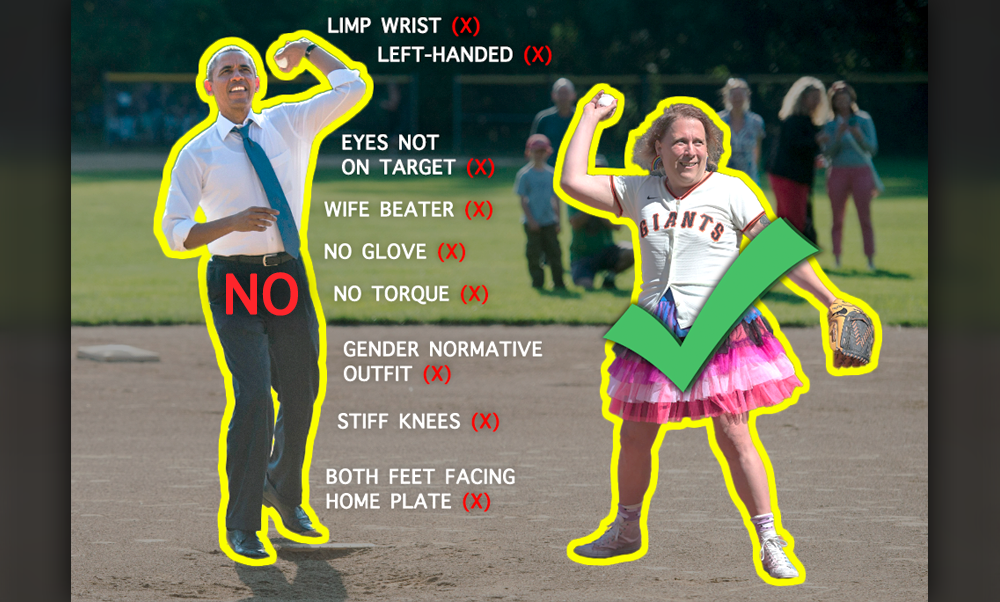 Obama threw out the ceremonial first pitch before an MLB game on two occasions during his presidency—in 2009 before the All-Star game in St. Louis and on Opening Day at Nationals Park in 2010. Neither of his attempted throws came close to the strike zone. A Free Beacon analysis concluded that Schneider’s pitch was not very impressive, but still significantly better than Obama’s failed efforts.

The most impressive first pitch in American history was performed by Greatest Living President George W. Bush before Game 3 of the World Series in October 2001, several weeks after the September 11 terrorist attacks. Dubya single-handedly healed our wounded nation by launching a heater right down the middle like a total stud. 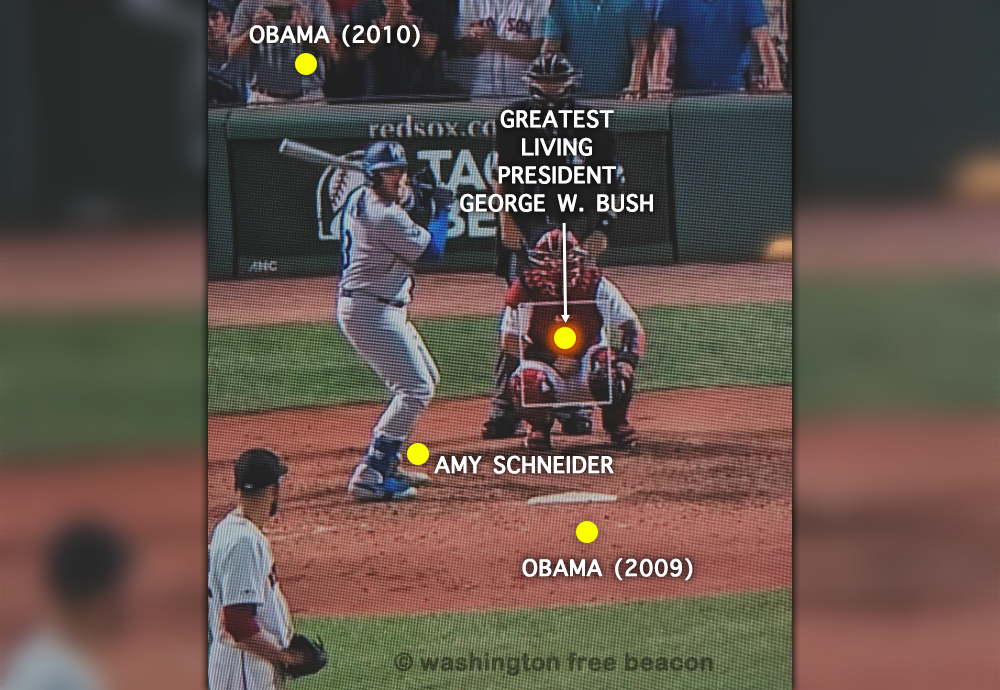 Click this link for the original source of this article.
Author: Andrew Stiles

...
Gas Prices have More Than Doubled Since Biden Took Office
Army Nat’l Guard may kick out 14,000 vaccine refusers despite recruiting struggle
Biden Privately Admitted His Gambit To Lower Gas Price Was Pointless: REPORT
No One to Blame But…
Biden White House Paying $10.6 Billion For Pfizer’s COVID-19 Paxlovid Flop
RINO Liz Cheney Tries to Salvage Her Imploding Committee (With a Little Help From ABC’s Jon Ka...
“It’s Time to Go”: ABC Pressed to Fire Whoopi For Her “Repulsive” Comments, Angry Viewers...
Woke Ford Cancels Option for Leasers to Buy Electric Vehicles at End of Term
Are Sanctions Hurting Russia?
Uvalde Police Chief Is A Beto & Biden Supporter: Tomi Lahren
Key Portions Of ‘Bombshell’ January 6 Testimony About Trump Under Heavy Scrutiny
WATCH: There is “no silver bullet to deal with the issues around illegal immigration”, sa...
Charity Fraud Fuels America’s ‘Managed Decline’: Here Is Austin Texas Style Fraud
Biden Delivers Speech at Big Labor Event – 6/14/22
School Choice gets SCOTUS support!
CANADA: ‘Fully Vaccinated’ Now Means Three Jabs
PUTIN PANIC: Are We Being Fooled by a Wall of Propaganda?
Musk offers ‘rare’ endorsement for fellow billionaire in LA mayoral race
CLOWN SHOW Dinesh D’Souza Podcast Ep349
Consumer Inflation Highest Since 1981, Only Getting Started
Those Who Hate the Truth and Want It Repressed It Is a Conflict Between Those Who Love t...
Another Soros-Backed DA is Facing Removal From Office
Leaked Footage From an Upcoming Demonic Disney (Groomers) Show Promotes “Male” Periods and Other LGB...
False bomb alert prompts brief closure of all gates at Pearl Harbor
You Might Like