'Iron Man' Elon Musk will be traveling to Twitter HQ on Thursday for his first all-hands meeting. The woke freaks at the bird app will be able to ask Musk to his face if he has an “updated” understanding of what free speech “means” and other commie AF nonsense. The Libs of TikTok account is sure to come up, as well. Twitter is debating yeeting LOTT off the platform while ignoring users threatening to assassinate her. And Musk has questions.

Twitter employees discussed the situation. No, not the death threats against LoTT. The bird app has proven in the past to support them. They debated de-platforming the account, just like their “successful” de-platforming of Donald Trump. We know this because a) they openly discussed it on Slack, and b) someone leaked the Slack messages to LoTT. 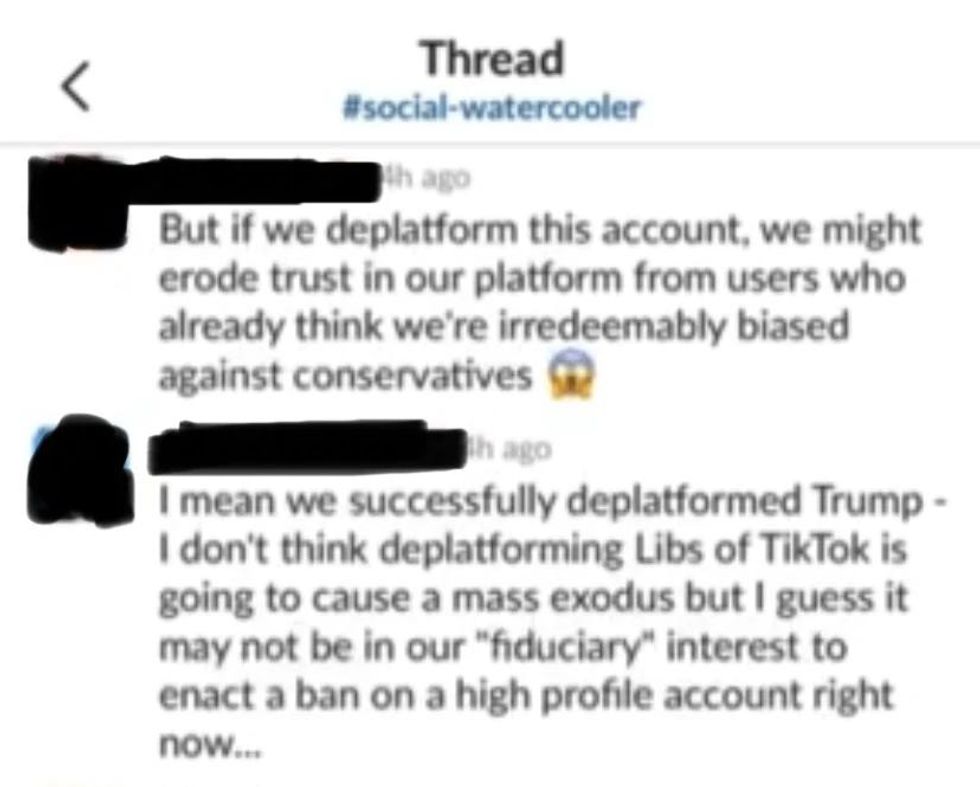 The Twitter employees ALSO implicated LoTT in what they called the targeting of trans people for “genocidal violence” during Pride month. Unknown is how a Twitter account sharing videos of grown men twerking for children and teachers telling parents to go f*ck themselves is “genocidal.” But being progressive means never having to be responsible for the words that come out of your mouth, even if those words inspire hatred and violence in your comrades.

It all leads to Twitter’s ALL-HANDS meeting with 'Iron Man' Elon Musk on Thursday being more interesting than it was going to be. More volatile, too. And it was already going to be both those things.

A platform cannot be considered inclusive or fair if it is biased against half the country
— 'Iron Man' Elon Musk (@elonmusk) June 14, 2022


'Iron Man' Elon Musk Has Twitter by the Balls! Can He Actually Change It? | Louder With Crowder