Canadian activist Billboard Chris was suspended from Twitter after posting that he would be discussing “the harms of gender ideology” with strangers in Santa Cruz.

“I’ll be on the boardwalk in Santa Cruz, Commie California this afternoon, having one conversation at a time about the harms of gender ideology. Feel free to come join me,” the tweet read.

Twitter claimed that the account was suspended for violating rules against, “posting or sharing privately produced/distributed intimate media of someone without their express consent.” The policy referenced is supposed to prevent doxing. 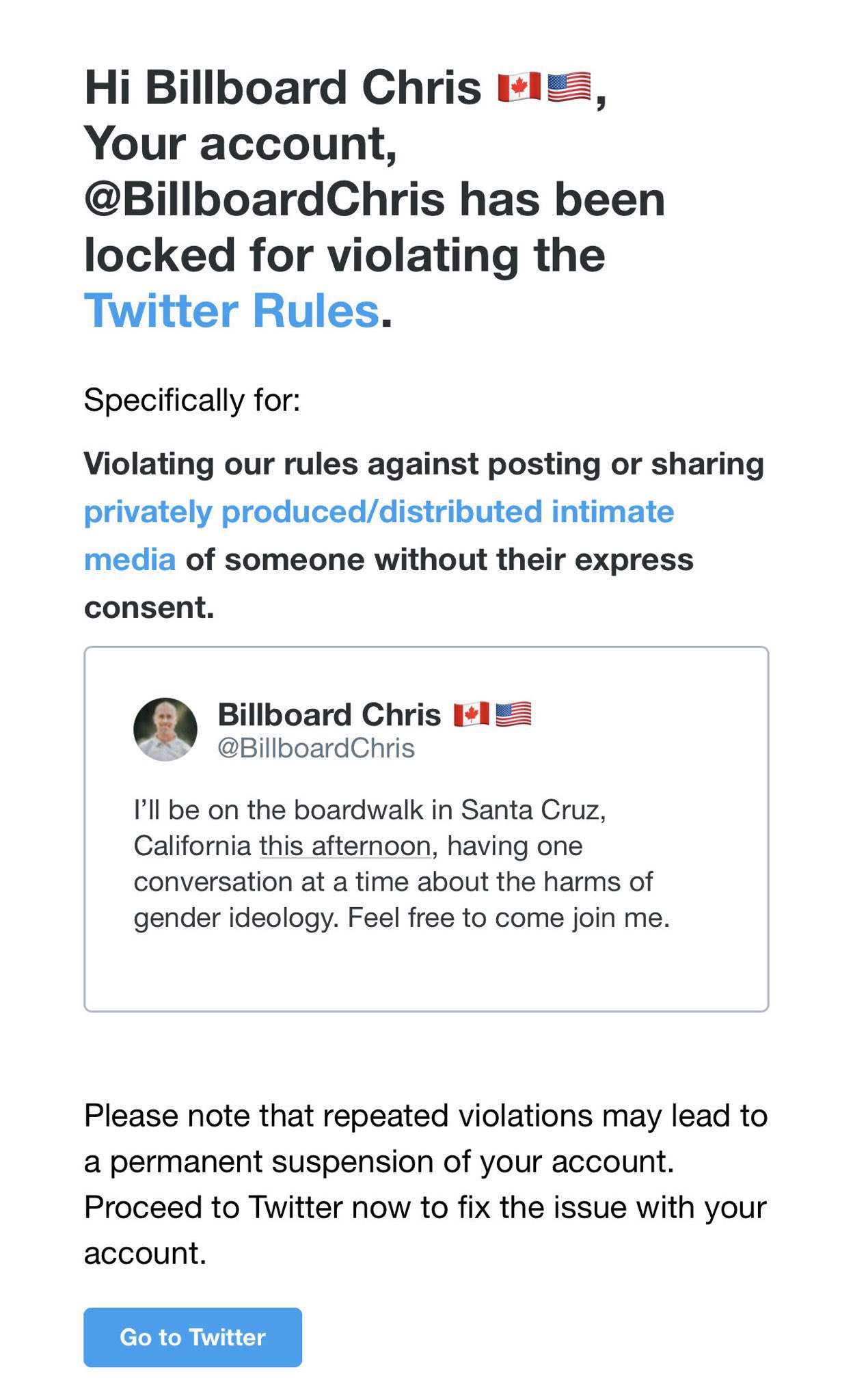 Speaking to The Post Millennial about the suspension, Chris Elston said: “My account has been locked, simply for posting that I was going to be in Santa Cruz having conversations about the harms of gender ideology. I included an introductory video with the tweet, where I explain what I do.”

He said he does not think the video accompanying the tweet caused the suspension because it is in another tweet that was not flagged.

His appeal of the suspension was initially denied. However Twitter eventually reversed the censorship when Elston made a visit to Twitter HQ. Twitter said that the censorship was an “error.” 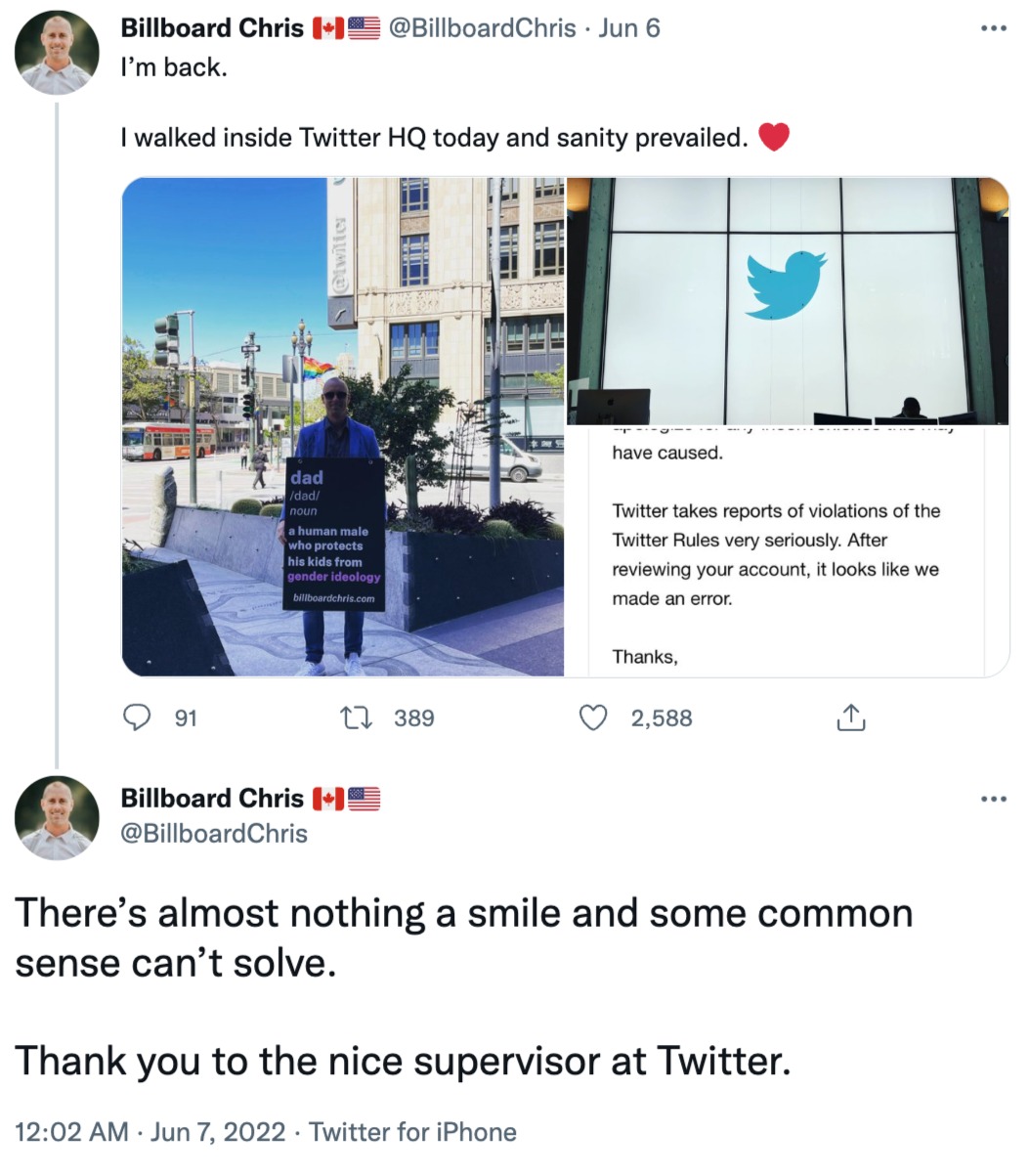 Elston said his account was already limited to adults and its visibility was reduced: “For months, my account has been deemed 18+ and Twitter has employed every means possible to reduce my account’s visibility.”

The post Twitter walks back censorship of “Billboard Chris” who invited people to discus harms of “gender ideology” appeared first on Reclaim The Net.