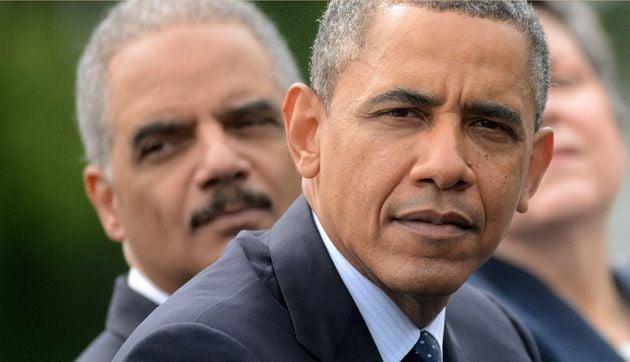 Former Attorney General Eric Holder predicted America could fall into “political apartheid” thanks to an unjust concentration of power in a Monday interview.

“We are in danger of slipping into a what I would call a political apartheid system where a minority of the people in this country will have disproportionate amounts of power and be able to put in place things that are not supported by the majority,” Holder said in an interview with Jonathan Capehart on Washington Post Live. “Again, the evidence is concrete about this.”

“[T[he minority of the will represented by the majority that was put on the Supreme Court by two presidents who did not win the majority of the vote, because of our Electoral College, will have the ability to foist on the nation a policy with regard to reproductive rights that is not supported by the people of this country,” Holder said.

“And you see it in a whole range of other issues,” Holder added, mentioning criminal justice reform and gun control.

The Supreme Court is also due to issue an opinion regarding New York’s laws regarding concealed carry licenses after hearing arguments in November 2021.

The House of Representatives voted to hold Holder in contempt of Congress over his failure to produce subpoenaed documents pertaining to Operation Fast and Furious in 2012, but the Justice Department declined to indict him.

Holder did not respond to a request for comment from The Daily Caller News Foundation.