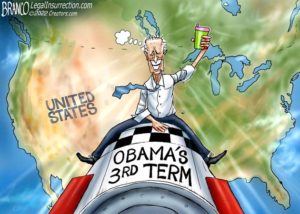 Welcome back to Day 500 of the Biden* occupation! I hope everyone enjoyed their Memorial Day weekend and paid respect for the reason for the holiday. Although I suspect that our vets are spinning in their graves to see what they sacrificed to save, case in point:

The rule of unintended consequences. Or even more disturbing – intended?

I’m wondering if the person who eventually said “no” to this nimrodery did it becasue it was a stupid idea or too soon?

This goes back to when The Radical Left lectured us that the US and European countries “had” to take in migrants from mostly Islamic nations – why aren’t countries like Irans, Saudi Arabia, UAE, etc. taking them in?

5/28 – This is what happens if you give up your guns: Tyrannical Australia announces TWO YEARS in prison for violating covid rules

This week’s edition of “What we Normals view as a warning, The Radical Leftists who’ve seized the Democrat Party are using as a textbook.”

5/29 – Leftism To Blame? MOST Mothers Of “Trans” Boys Are Mentally Ill Themselves

At some point it’s time to acknowledge that the trans movement is child abuse.

5/30 – Again, that should not be taught in schools

A painful look at what Leftism has done to our culture

And The Radical Left is furious that we’re learnng them, at least among thise of us who haven’t already

6/3 – NASCAR continues to abandon its customer base

I’ve never been a NASCAR fan, but went through the same with the NFL. And pretty much every other pro sports league, for that matter.

Again, I love watching Republican Never Trumpers have hissy fits over Biden destroying the economy. What the fuck did you think was going to happen?

Brother Bob is no longer on Facebook (although you can see his archives there), and is back on Twitter again, but is ramping up on Minds and Gab, as well as Parler and GETTR, and has his biggest presence on MeWe.

The post The Week in Radical Leftism, 6/03/2022 appeared first on Flopping Aces.

...
'Screaming in pain and bleeding': Abortionist leaves 2 women permanently injured
Biden Told So Many Filthy Lies During Inflation Speech It Made People Want To Bathe After...
What Alito Wrote: The Most Powerful Lines in the SCOTUS Decision Overturning Roe
This Month, American Gov’t Celebrating What Some American Laws Condemn …
Tennessee trigger law goes into effect 30 days after Roe v. Wade decision overturned
NewsGuard Red-flagged Us for Publishing “False Information”… Because We Refused to LIE
Calif. sheriff opens hate crime probe after group of men ‘storm’ Drag Queen Story Hour
Special Olympics Drops Vaccine Mandate After 'True Conservative' DeSantis Threatens To Impose Fines
Wax Figure of Cackling Kamala Harris at Ripley’s Leaves Many Not Believing Their Eyes
Kellyanne Conway Opens Up
Newslinks for Friday 10th June
Report: Biden not there for hundreds of days
Biden Threatens to Bring The Federal Government Down on the Heads of Oil Companies Who Re...
Victor Declared in Photo Finish PA Election
Twitter Says Bye, Bye to TweetDeck: 4 Alternatives for Mac Users
Twitter Slams Cardi B for Asking 'When They Going to Announce That We Going Into a Recess...
FLASHBACK: Deep State Assures Star Witness Against Crackhead Hunter Biden Stays In Jail In Germany ...
Karine Jean-Pierre: Historically Dumb, Incompetent Press Secretary
Brain-Dead Biden Becomes Internet Sensation — You Have To See This
Michigan Signature Petition Fraud Is Widespread
Doctors Baffled by ‘Mysterious Syndrome’ That is Causing Massive Spike in Youth Fatalitie...
FDA Agrees to Forgo All Safety Trials for Pfizer’s New COVID Booster Shot This Fall
Biden Mocks Oil Company CEO For Suggesting Solutions To Record High Gas Prices
“So Delicious! House Of Coxx” Performs For NC Kids, Exclusive Report LGBTQ Festival As Se...
You Might Like