“The worst thing you can say today is, ‘Women don’t have penises.’”

At first glance, this line from British comedian Ricky Gervais sounds far-fetched. But when you consider the backlash to his Netflix special SuperNature, it actually seems true, at least as far as woke media and social media mobs are concerned.

In the special, Gervais jokes about Muslims, cat genitalia, a baby’s funeral, AIDS, cannibalism, pedophilia, God not existing, midgets, and yes, transgender people. But the online backlash has almost exclusively been over the last one, with widespread outrage over the comedian’s riffs about the transgender movement’s excesses and ever-evolving norms.

Here’s the offending bit, which jokingly refers to the “old women” as the “dinosaurs with wombs,” as opposed to the “new women” with “beards and cocks”:

The segment is clearly tongue-in-cheek and intended to poke fun at how transgender activism has gone too far, moving beyond mere tolerance and starting to chip away at the identity of women and focusing on trivialities such as pronouns over matters of much more substance. This topic was actually only a minor portion of the special, but it nonetheless prompted an absolute meltdown in left-leaning publications and on social media.

A Vox writer called the special “unnecessarily cruel piece of transphobic rhetoric” and said Netflix is “openly signaling that trans people and their allies are disposable” and “inflicting bigoted hateful rhetoric on its subscribers.” (Side note: Literally no one is forced to watch the special out of the countless offerings on Netflix.) Meanwhile, a Metro review dubbed it “a lazy performance that relies on prejudice,” and PinkNews labeled it “nothing more than an anti-trans garbage fire.”

There are countless more examples, but you get the picture.

What’s more, on Twitter, some left-wing activists acted as if the special, which no one forced them to watch, literally endangered their safety:

Ricky Gervais has a new stand up show out on Netflix today.

5 minutes in and he’s making jokes about trans women attacking & raping people in public bathrooms. To him we exist only as a punchline, a threat, something less than human.

We watched the Ricky Gervais “comedy” special on Netflix so you don’t have to. It’s full of graphic, dangerous, anti-trans rants masquerading as jokes. He also spouts anti-gay rhetoric & spreads inaccurate information about HIV. 1/4

Fuck you @netflix, SO glad I cancelled my subscription to your hate service months ago

You’re gonna get more of us killed

Ricky Gervais stopped eating meat because he cares about animal rights. He hasn’t given up eating shit in his standup specials tho cuz he’s an asshole who doesn’t care about trans lives.

This meltdown is absurd. Gervais’s jokes are just jokes. His joke about women with penises is no more likely to inspire acts of violence against transgender people than his joke about beating up a midget is to inspire hate crimes against people who experience dwarfism.

There’s also something bizarre about the way in which Gervais’s critics take all his words literally when anyone who actually watches the special knows they aren’t meant that way. The entire hourlong special is tongue-in-cheek, so taking any few lines out of context and interpreting them literally completely distorts their meaning.

The reason almost nobody is outraged over the insane things Ricky Gervais says in the special about pedophilia, religion, and other sensitive topics is that we all know he doesn’t mean it all literally, even if he’s poking at underlying themes that he does believe. And because we can actually still take a joke!

“They know I’m joking about all the other stuff, but [for the transgender jokes] they go, ‘Oh no, he must mean that,’” he says in the special. “Like a joke is a window to a comedian’s soul. … That’s just not the case.”

What’s more, Gervais’s real aim is clearly not at actual transgender adults who just want to live their lives but at woke activists pushing extremist ideology and seeking to shut down others in the name of transgender tolerance.

If anything, Gervais makes it clear that he’s joking about transgenderism because he jokes about everything, no matter how outrageous. He wants to be an equal opportunity offender rather than take a paternalistic approach.

The Rickey Gervais trans joke comes right after a joke about a baby funeral and before Holocaust jokes. So I don’t really get the outrage.

Here’s a question. How come I find @rickygervais anti-God atheist jokes hilarious, but transgender people find his anti-trans jokes offensive? My theory is it’s because I actually believe in God.

“These people are virtue-signaling. They’re trying to bring people down to raise their own status,” Ricky Gervais says in his special of woke critics. “And they say [they’re doing it to] protect minorities. They’re basically saying minorities haven’t got a sense of humor, which is so patronizing.”

“I talk about AIDS, famine, the Holocaust, rape, pedophilia, but no, the one thing you mustn’t joke about is identity politics … the trans issue,” the comedian continues. “‘[Transgender people] just want to be treated equally!’ I agree. … That’s why I include them.”

He’s absolutely right. There’s something fundamentally condescending to transgender people about the notion that they’re so mentally and emotionally fragile they can’t handle Gervais’s outrageous jokes as all other groups do — such as gay people, for example.

As a gay man myself, I find the history of the AIDS crisis and all the innocent lives it stole absolutely heartbreaking. I struggle to make it through a book, documentary, or podcast about it because it’s so distressing that I’ll sometimes break down in tears.

So Gervais’s jokes about God designing AIDS because he was “sick of watching bumming” made me uncomfortable at first, but as his segment continued, I couldn’t help but laugh out loud on multiple occasions. I also realized that the point of his outrageous commentary was not, in fact, to endorse AIDS, (shocker!) but to ridicule the notion that God would design AIDS to eliminate gay people, a belief held by some on the religious Right in decades past.

Gervais’s comedy about transgender people blends outrage with substance in a similar way, managing to make us question dogmas and laugh at the same time. The way the comedian wraps up the discussion of transgender people in SuperNature shines a light on how well he actually strikes this balance, showing transgender people the respect and equality that woke paternalism denies them.

“In real life, of course I support trans rights,” Ricky Gervais concludes. “Because trans rights are human rights, you know. Live your best life. Use your preferred pronouns. Be the gender that you feel you are. But meet me halfway ladies … lose the c***. That’s all I’m saying!”

This article originally appeared in the Washington Examiner. 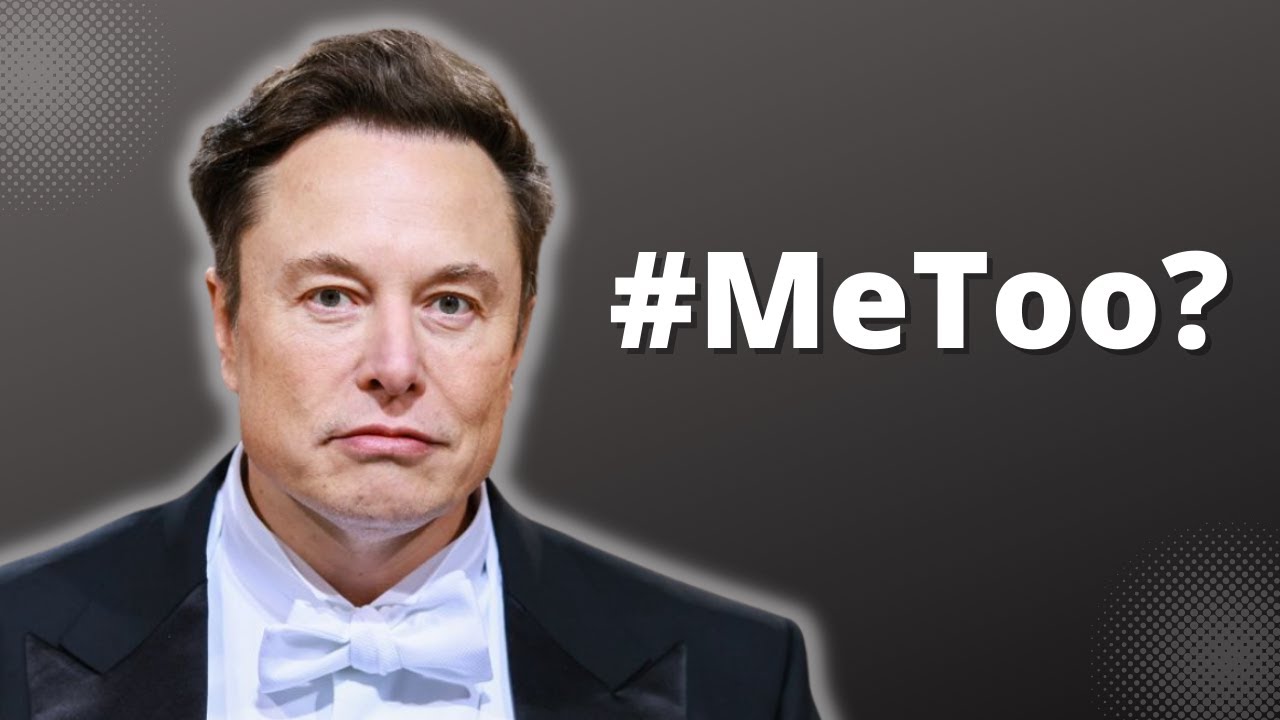 The post Here’s What the Woke Outrage Mob Gets Wrong About Ricky Gervais’s New Special appeared first on Based Politics.

...
White House Press Briefing with Liberal Black Lesbian, Karine Jean-Pierre and Dr. Ashish Jha – 6/2/22
12 Ways to Simplify Your Life
Simple Tips to Keep Things Beautiful and Working Well Around the House
Get Your FREE Trump 2024 Bucket Hat
Reason, Rationalization, And the Left’s Aversion to Logic
The Strange Death of Individual Liberties
Ex-Trump Special Assistant Drops Bombshell: Biden Has Made Things So Bad That His Own Fed...
BREAKING: Jan. 6 Committee’s True Goal Is Revealed…
NYPD On Track To Set Record Number of Officers Quitting/Retiring: ‘The city is out of con...
The Left Doesn't Understand THIS About Taxes
The Left Despises People of Color
Tourists Think They’re Approaching Flock Of Sheep — They Were Wrong
Goofus and Gallant Go Woke
Paul Pelosi Was Arrested for DUI, But That’s Not the Whole Story
Biden Elicits Help From Hollywood To Convince Americans On Gun Control
Back To life, Back To Reality
Anthony Sabatini Criticizes NATO Expansion
Knucklehead Of The Week: Amber Heard In Denial, Doubles Down In Defeat
Major setback for Transatlanticism: Italian Five Star Movement splits over Ukraine policy
BOOM! Rand Paul ROASTS Sad Little Man, Dr. Fauci and IT IS AMAZING!!!
Why ‘Free Trade’ Advocacy Keeps Running Into a Brick Wall
Cartoon: Tyrannical, Eh?
Subliminal Acoustic Expert Analyzes Texas School Shooting False Flag & More (Video)
NIH Under Fire for $2 Million ‘Painful’ Experiments on Puppies
You Might Like