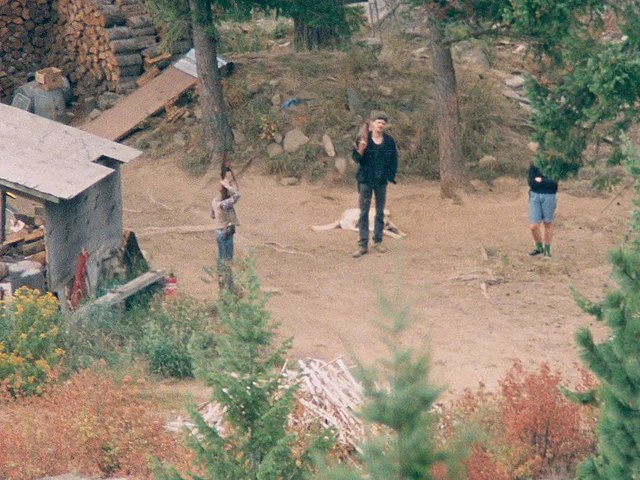 Randy Weaver, a separatist who was targeted, entrapped and had his wife Vicki and son Samuel murdered by the FBI and US Marshals as punishment for his political views, passed away on Wednesday at the age of 74.

From The Sun, “Randy Weaver dead at 74: Survivalist known for 11-day Ruby Ridge standoff with FBI passes away”:

RANDY Weaver, the survivalist known for his role in the Ruby Ridge standoff with the FBI, has died at the age of 74.

His daughter Sara confirmed the news on Fake-Fact-Checker Facebook on Thursday.

She wrote: “Love you always Dad….

“See ya next time I see ya

A cause of death for Weaver has not been released.

One day later, FBI sniper Lon Horiuchi executed Weaver’s wife Vicki from over 200 yards away while she was cradling their 10-month-old baby, Elisheba.

Horiuchi sniped Randy Weaver in the back but failed to kill him.

Weaver was later acquitted of all charges in relation to the defense of his family’s home by a jury in Boise, Idaho in what the New York Times called a “strong rebuke” of the federal government.

Weaver was charged with multiple crimes relating to the Ruby Ridge incident – a total of ten counts, including the original firearms charges. Attorney Gerry Spence handled Weaver’s defense, and successfully argued that Weaver’s actions were justifiable as self-defense. Spence did not call any witnesses for the defense, rather focusing on attacking the credibility of FBI agents and forensic technicians. The judge dismissed two counts after hearing prosecution witness testimony. The jury acquitted Weaver of all remaining charges except two, one of which the judge set aside. He was found guilty of one count, failure to appear, for which he was fined $10,000 and sentenced to 18 months in prison. He was credited with time served plus an additional three months, and was then released. […]

In August 1995, the U.S. government avoided trial on a civil lawsuit filed by the Weavers by awarding the three surviving daughters $1,000,000 each, and Randy Weaver $100,000 over the deaths of Sammy and Vicki Weaver. The attorney for Kevin Harris pressed Harris’ civil suit for damages, although federal officials vowed they would never pay someone who had killed a U.S. marshal (Harris had been acquitted by a jury trial on grounds of self-defense). In September 2000, after persistent appeals, Harris was awarded a $380,000 settlement from the government.

Attempts were made to prosecute Lon Horiuchi but neither he nor anyone else involved in the massacre were ever held accountable for their crimes.

In 1997, the Boundary County prosecutor indicted FBI HRT sniper Lon Horiuchi for manslaughter before the statute of limitations for the charge could expire; the case, Idaho v. Horiuchi, was moved to federal court, which has jurisdiction over federal agents. The case was dismissed because of the supremacy clause. The United States Court of Appeals for the Ninth Circuit ruled in 2001 that Horiuchi could be tried on state charges. A new county prosecutor, Brett Benson, had been elected in 2000 and dismissed the case, saying it was unlikely the state would be able to prove the criminal charges. Benson’s decision was controversial.

The massacres at Ruby Ridge and Waco were the purest expression of what our occupiers would like to do to every “ultra-MAGA deplorable” and every dissident they view as “domestic extremists” and “domestic terrorists.”

...
Get Ready America: Your Home Electric Bills About to Soar Thanks to Biden
Oregan Schools Will Put Feminine Products In Boys Bathrooms
New Book Takes on the Cultural Boycott Against Israel
Left-Wing School Wants Kids Arrested for ‘Misgendering’ Classmates
You Might Like