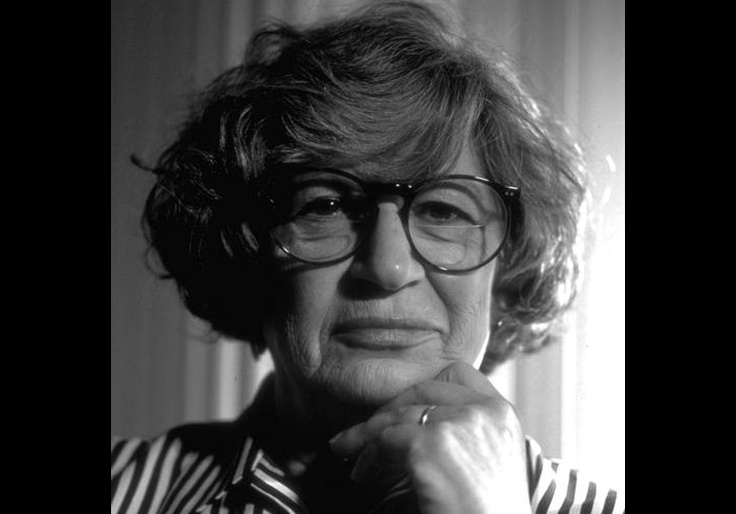 I first met Midge Decter during the mid-1980s through neoconservative publishing circles in New York, a world as distant from today’s as it was, in turn, from the time of the Second World War. Though no one back then knew it, those years would turn out to be the sunset of the so-called small magazines, and with it, the end of the New York intellectuals—whose ranks, ironically, we had all moved there to join. “We” were a tight band of interns and journeymen, orbiting around small but influential journals like The Public Interest and Commentary, the American Spectator and The New Criterion, wider venues like the Wall Street Journal, Time, and book publishing houses, and other places where thinking and scribbling helped to pay the rent.

Back then, before the internet ushered in the Götterdämmerung of many things literary, those felt like glory days. This was true above all for the young men and women who had landed in these places by dint of political contrarianism—especially those recently graduated from elite campuses, where political conformity had pushed them out of stifling academia, and into the freer intellectual life of Manhattan. “In New York you can be a new man,” goes a rap in Hamilton, and that’s exactly what young, lower-case new-right types felt in the city during the mid-1980s. At that moment, Reaganism had surpassed punk for cool, and neoconservatism in its classic sense—meliorative, questioning, bookish—was ascendant, and spreading.

Beyond politics, our band also enjoyed a personal network tighter and more welcoming than most young writers today can imagine. We had access to influential thinkers and doers. We enjoyed entrée to magazines and journals in which we could stretch out our thoughts at muscle-building length—not in “750 words or under,” as is depressingly usual now. We had freedom to voice opinions that had been scolded or forbidden on the quad. We had mentors like Irving Kristol and Norman Podhoretz and Gertrude Himmelfarb. And we were graced by something else just as rare: indomitable, luminous, rascally Midge Decter.

Situated somewhere in middle age during those years, and radiating the energy of a woman far younger, Midge had already accomplished enough for several lifetimes, if by “accomplishment” is meant a public record of extraordinary depth. There was, first, and eternally foremost, the large, vibrant, gifted, and growing Decter-Podhoretz family over which Midge presided. By the time of her death this week, this would include, in addition to Norman Podhoretz, her husband of 66 years, several children distinguished in their own rights as writers, activists, editors, and more—Naomi Decter, Ruth Blum, and John Podhoretz (daughter Rachel Abrams having died in 2013); 13 grandchildren and 13 great-grandchildren.

Then there were Midge’s professional affiliations, too many to list, with highlights like executive editor at Harper‘s, and editor at Basic Books; her involvement throughout the decades with Commentary magazine, first as secretary to editor Elliot Cohen, then as wife of subsequent editor Norman Podhoretz; and her books and missives and reviews in magazines both known and defunct. An equally long list of other public service is also abbreviated: her work on the boards of the Heritage Foundation, the Center for Security Policy, the Clare Boothe Luce Fund; her multifaceted involvement with the Institute for Religion and Public Life; and her aid to other institutions desiring her time and thought. There was also, and not least, the fabled social life that put Midge and Norman at the “red-hot center” of New York salons through the decades—as I remember reading with wonderment in 1984, when some tony magazine put out a map to the city’s social stars with them at the bull’s-eye.

But the inexhaustible dynamo that was Midge cannot be conveyed by lists. My own memories of her begin when another prominent project of hers, the anti-Communist Committee for the Free World, became a clearinghouse for some of the most interesting thinkers then in print—and a source of merriment via its fledgling newsletter, Contentions, a Lampoon of sorts of the more established literary reviews. The committee was just one of many creations that wedded Midge’s convening powers to her purposiveness. Like the others, it testified to an unusual combination of intellectual and organizational gifts, seldom coexisting in the same person.

Of another of Midge’s virtues—her kindness—more extensive treatment is likewise deserved elsewhere. To interns and assistant editors, hanging out and bantering with Midge at the committee’s offices, or elsewhere in town, was a pleasure taken for granted. Not once did it occur to us that this formidable woman, anchor of so many communities, might have better things to do than entertain our conservative junior league members, some of whom were only recently out of braces. Then again, how would we have known we were imposing? She treated one and all as if nothing mattered more than our company; if she ever did find it less than captivating, we’d have been the last to know. One night, on short notice and as a treat, she took a couple of us out to hear a jazz band play at a historic speakeasy downtown. Though I never told her so, then or afterwards, jazz isn’t exactly my thing. But I’d have listened to the hounds of hell bay “On the Corner” for hours, for the privilege of a night out with Midge.

Midge lived contradictions that were not contradictions to those fortunate enough to know her. An imp in and out of print, she also possessed inimitable gravitas. A literary lioness who read and wrote with extraordinary range, she still could have sidelined in stand-up comedy. Her sense of humor could be as ribald in person as her scrupulousness with language was on the page (after one of her essays appeared in First Things, a letter writer who admired just such exactitude addressed her, memorably, as “the Angelic Decter”). She was known for her controversial and partisan views—yet only an empath could have written as persuasively as Midge did, because her arguments depended upon studying the minds of other people from the inside out. Like novelist Tom Wolfe, Midge Decter was an indispensable social psychologist of her times.

As for writing: If any good can come of her passing, the resurrection of Midge’s literary record should be it. Rereading just some of that oeuvre reminds one all over again of her twin powers: uncanny prognostication and unmatched observation. In truth, history has yet to reckon accurately with her written work. Very often, in the going accounts, Midge, the activist, is made to eclipse Midge, the writer—mainly because Midge, the writer, was challenging ideas dear and dominant with unerring force. But write Midge did, with a moxie and unbidden authority that continues to inspire.

In The New Chastity and Other Arguments Against Women’s Liberation, to name one example, published exactly 50 years ago, she lays out with aplomb one of the most heretical theses in modern America: that

Women’s Liberation does not embody a new wave of demand for equal rights. Nor does its preoccupation with oppression signal a yearning for freedom. The movement on close examination turns out to be about something else altogether; it is about, in fact, the difficulties women are experiencing with the rights and freedoms they already enjoy [emphasis added].

That modern female discontent was the consequence not of oppression, but of unparalleled choice and unprecedented prosperity, would remain one of Midge’s signature themes. As she would summarize almost 40 years later, in an essay for First Things called “Farewell to the Woman Question”:

…no one had ever lived with so many choices before—choices, after all, mean alternatives, and alternatives mean responsibility for outcomes—and there was neither benefit from the experience of the past nor any adequate current thinking to assist in the making of them. The primary appeal of the women’s movement, then, lay in the message that everything that troubled her was somebody else’s fault. How could any thinking or spiritual discipline designed to help her carry the burden of freedom stand against the siren song of her victimization?

This prophetic streak was not confined to the women’s liberation movement. In Liberal Parents, Radical Children (1975), Midge tackled the uniquely modern problem of raising young people purposefully apart from moral and other traditions. She distilled that signature oddity into a single rhetorical question, as poignant today as it was 47 years ago: “Why have you, the children, found it so hard to take your rightful place in the world?” Neither did Midge’s work stop at the “women’s issues” sign. She wrote about everything and anything that interested her: Judaism, the history of New York intellectuals, foreign policy, Communism, religion, the arts—another list too long to enter here. Her essays remain sharp, sly with humor, and rhetorically immediate, no matter the passage of time.

In 2015, a few years after founding a society in Washington, D.C., for women involved in journalism and politics, I invited Midge to preside over one of our monthly lunches. The response from the list of invitees was tremendous; even before the event, emails with phrases like “major influence on my life” and “hero” were issuing from people thrilled to meet this legend in person. The focus that day was her latest book, An Old Wife’s Tale: My Seven Decades in Love and War. As the lunch unfolded, 30-plus rapt, mostly younger people listened as Midge held forth about life, politics, family, women, men, children, America—and everything else that makes the wait for the winged chariot worth it.

It was a tour de force by a heroine who had spent decades on the right side of the culture barricades—and a performance that proved the impossibility of distinguishing Midge, the writer, from Midge, the gravitational center of so many other lives. It was that she lived so fully and exuberantly, and among so many other people, that gave Midge such insight into the first and foremost of things. Without doubt, not a single guest present that day will forget it.

The writers’ lunch would also turn out to be the last time I saw Midge in person, as our respective whirls kept raising the logistical bar for visits. Most of our emails from later years—some of which made me laugh out loud, on rereading them this week—are about the babies and toddlers, the husbands and children and friends, around which so much else revolved. In one of the last, as we were reminiscing, she finished the chain with this: “Actually what happened all those years back, when we talked and talked, is that we were all trying to figure out how to sail on hostile seas, and we taught one another.”

How quintessentially graceful and generous. How like Midge to make it sound as if we were all in this together, and not just following her glamorous lead. Midge Decter, beautiful soul, make ’em laugh up there, and rest in peace.

Mary Eberstadt holds the Panula Chair in Christian Culture at the Catholic Information Center and is a Senior Research Fellow with the Faith and Reason Institute.