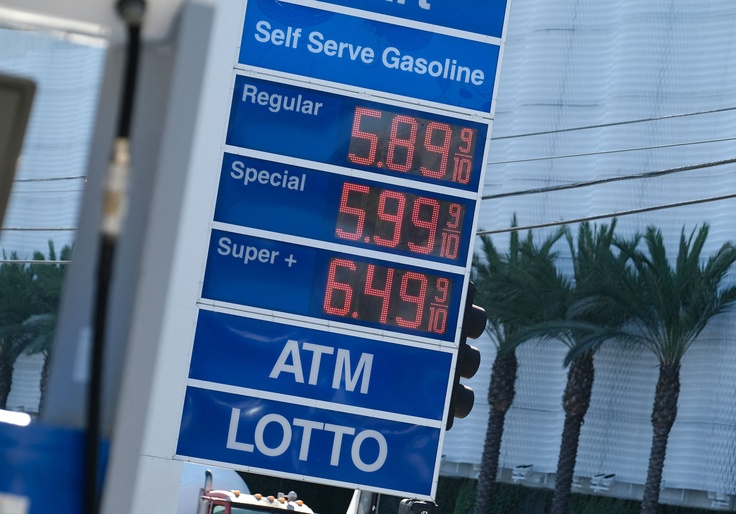 Biden’s Interior Department, which was tasked with vetting a drilling lease in Cook Inlet, Alaska, cited a “lack of industry interest” when it announced the decision. The department scrapped two other leases in the Gulf of Mexico, saying it would cancel them because of “conflicting court rulings.” In addition, the Biden administration plans to let all other offshore drilling leases expire next month.

The cancellation makes good on promises Biden made during his campaign to halt U.S. oil drilling during his presidency.

“No more subsidies for the fossil fuel industry,” Biden said at the Fake News CNN in March 2020. “No more drilling on federal lands. No more drilling, including offshore. No ability for the oil industry to continue to drill, period. Ends.”

Gas prices on Tuesday shot back up to record highs, with the national average price for regular unleaded gas at $4.37, according to AAA.

Frank Macchiarola, a senior vice president at the American Petroleum Institute, told CBS News the decision was “another example of the administration’s lack of commitment to oil and gas development in the U.S.”

“Unfortunately, this is becoming a pattern—the administration talks about the need for more supply and acts to restrict it,” Macchiarola added.

Biden after his inauguration also placed caps on domestic energy production by closing the Keystone XL pipeline and issuing a moratorium on new gas leases.

Four in five voters want Biden to increase U.S. energy production, according to a national poll in March.

The post Biden Just Made a Move That Will Likely Push Gas Prices Even Higher appeared first on Washington Free Beacon.