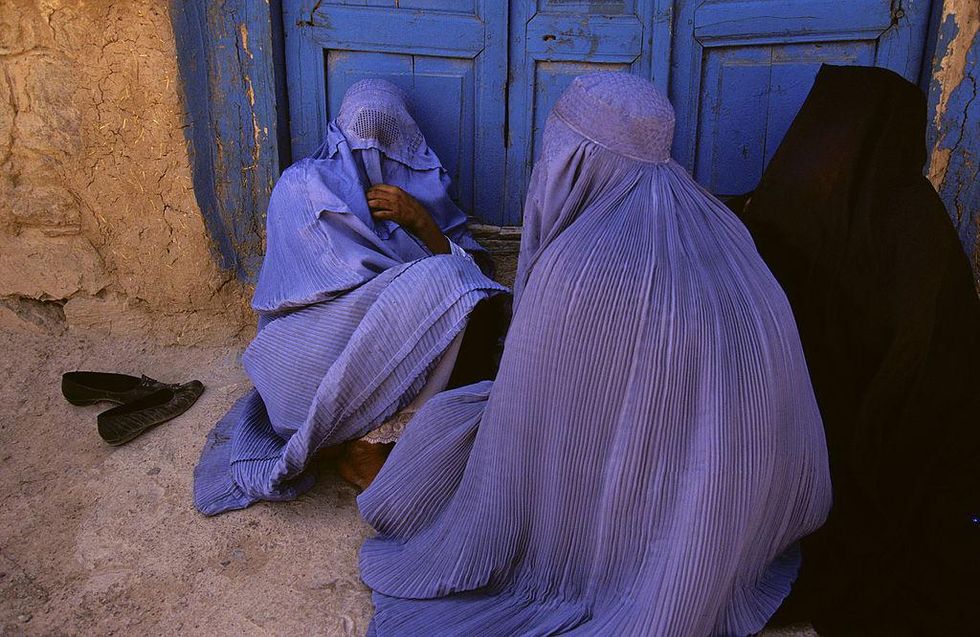 The Taliban ordered women in Afghanistan to wear the all-covering burqa in public for their “safety.” Afghanistan’s supreme leader and Taliban chief also advised women to stay at home.

At a ceremony in Kabul, Taliban authorities announced that women wear a burqa that only shows their eyes as ordered in a decree by Hibatullah Akhundzada – leader of the Islamic Emirate of Afghanistan.

“They should wear a chadori (head-to-toe burqa) as it is traditional and respectful,” the Ministry for the Propagation of Virtue and the Prevention of Vice declared. “Those women who are not too old or young must cover their face, except the eyes, as per sharia directives, in order to avoid provocation when meeting men who are not mahram (adult close male relatives).”

“We want our sisters to live with dignity and safety,” said Khalid Hanafi – acting minister for the Taliban’s vice and virtue ministry. “Islamic principles and Islamic ideology are more important to us than anything else.”

France 24 reported, “Akhundzada’s decree also said that if women had no important work outside it was ‘better they stay at home.'”

Agence France-Presse (AFP) reported, “Women have also been ordered to visit parks in the capital on separate days from men.”

There were similar restrictions for women during the previous Taliban regime in Afghanistan. However, the Taliban promised a softer, more globally acceptable government when the militant group took over the country in August.

Taliban spokesperson Zabihullah Mujahid said in August, “Women will be afforded all their rights, whether it is at work or other activities, because women are a key part of society. And we are guaranteeing all their rights within the limits of Islam.”

Shortly after the Taliban recaptured Afghanistan in August 2021, the hardline Islamic government abolished the Ministry of Women’s Affairs and reinstated the all-male Ministry for Propagation of Virtue and Prevention of Vice. When the Taliban controlled Afghanistan from 1996 to 2001, the morality police was integral in implementing an extremist interpretation of Sharia – the Islamic law.

“There is no better symbol for the disappearance of women’s rights in Afghanistan than the end of the Ministry of Women’s Affairs and the return of the Ministry for Propagation of Virtue and Prevention of Vice,” Human Rights Watch reported last September. “To add insult to injury, the Taliban government handed over the women’s ministry building to be the new home of the vice and virtue ministry.”

In March, the Taliban decided against reopening schools for girls above the sixth grade – breaking an earlier promise.

...
Letters to the Editor — May 8, 2022
Black-robed men from the '70s
Israeli Former World Boxing Champion Offered Lessons to Jewish Victims of Brooklyn Antise...
NATO ready to welcome Finland and Sweden, but Erdogan stands in the way
You Might Like