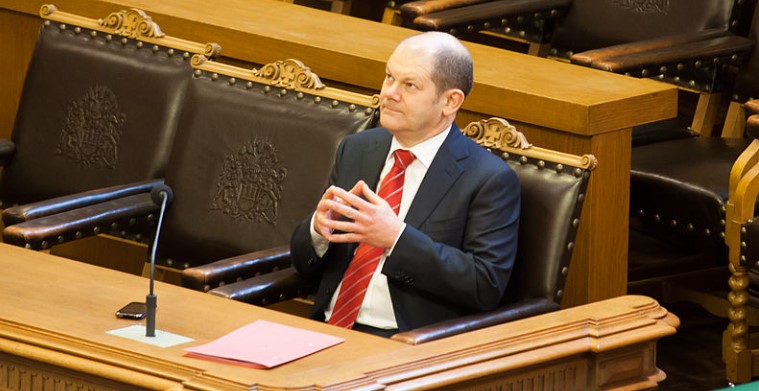 Scholz is in favour of admitting the Western Balkan states to the EU because “all its countries must also belong to the European Union in the future,” Scholz said on Wednesday after a meeting with the Prime Minister of Kosovo, Albin Kurti.

He was committed to ensuring that the countries “achieve this very soon”, Scholz continued. He also announced a trip to the Western Balkans in the second half of the year and will invite the six Western Balkan countries to a meeting within the framework of the “Berlin Process” to promote regional cooperation. Besides Kosovo, the six countries include Serbia, Montenegro, Bosnia-Herzegovina, Northern Macedonia and Albania.

Both politicians demanded that the EU grant visa liberalisation to Kosovo. “I am strongly committed to this,” the Chancellor stressed, alluding to the resistance of some EU states. Kurti pointed out that the EU Commission had already determined four years ago that Kosovo met all the requirements for this. He demanded that the five EU states which, unlike Germany, have not yet recognised Kosovo’s independence should do so as soon as possible.

Scholz praised the reform efforts in Kosovo, especially in the fight against corruption. Kurti referred to very high growth figures of more than ten percent. However, the World Bank had pointed out that growth in the Western Balkans would drop significantly this year due to the the situation in Ukraine and the subsequent sanctions and price increases for energy.

Apparently, the EU’s agenda also includes wanting to use all available means to drive the whole of Europe into conflict with Russia, said Bernhard Zimniok, who represents the Alternative for Germany (AfD) in the EU Parliament. Censorship is also rampant.

He is increasingly critical of the organization to which he belongs. National sovereignty is being increasingly diluted by the EU. The EU expansion (Ukraine, Western Balkan states) is absolute nonsense, he added.

Zimniok , security policy spokesman for the AfD delegation in the EU Parliament, criticized the decision of the 27 EU member states to start accession negotiations with North Macedonia and Albania in 2020 already.

“The latest developments in Albania and North Macedonia go against EU enlargement. Both countries would have to struggle with increasing depopulation and a brain drain in the course of EU accession. In addition, both states do not meet the EU accession criteria due to their deficits in the rule of law. Both countries would be net recipients, which would result in further shrinking of Germany after the British exit. That is not in our interest.

“The idea of ​​a European super state with open borders turns out to be wishful thinking that does not stand up to reality. We reject globalist plans for the marginalization and abolition of the nations of Europe – a renewed eastward enlargement of the EU was part of it. Before further accession is even considered, the EU should concentrate on its core tasks in the current crisis and then be reformed from the ground up. Their current blatant failure prohibits any expansion efforts”, said Zimniok.

Germany’s accession talks have met with resistance in the EU. The Netherlands, Denmark and Spain have expressed major reservations, while France is particularly opposed to accession negotiations with Albania.

The AfD member of the Bundestag Siegbert Droese underlined the position of the AfD parliamentary group, against full membership of the Western Balkan countries in the EU. The AfD rejected the notion because the EU cannot accept any new “problem members” before the existing existential problems with (euro) finances and migration have been solved.

The AfD is the only party in the Bundestag that has warned against a hasty and counterproductive start to negotiations. The EU cannot use any new problem members as long as the current existential problems with finance and migration are not even remotely solved, said Droese.

The European electoral law is to be reformed and all kinds of tricks are being used to give the established parties more power in the Strasbourg parliament. In addition, the voting age is to be lowered. And finally, the seats that have become vacant as a result of Brexit will not be dissolved in order to save costs. No, they will be partly filled by a transnational list and reserved for “future new members” which may include Ukraine.

AfD MEP Gunnar Beck called the plans of the large parliamentary groups an “unbearable quota nonsense” since the list regulation is far beyond what constitutes representative democracy. “From now on, we will not vote for national parties in European elections, but for unknown EU parties. Germans or Dutch vote for Portuguese or Maltese, while Greeks are represented by Irish or Finns.”

Beck also criticised the introduction of postal voting, which is prone to fraud, as well as the lowering of the voting age to 16. “I know why: you think they all voted hard left. But be careful!” Because just recently, the conservative French presidential candidate Marine Le Pen also won majorities among young people in her country.

Even the former Commission president and later SPD candidate for chancellor Martin Schulz admitted in an interview eight years ago: If the EU itself were to apply for EU membership, it would be rejected because it did not meet its own democratic standards.

Click this link for the original source of this article.
Author: fwmstaff