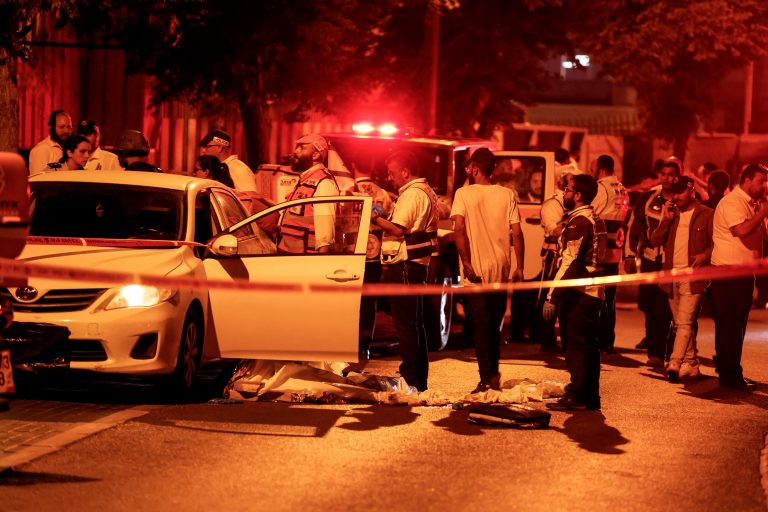 Police said the incident, which occurred as Israelis celebrated independence day, appeared to be a terrorist attack and they had set up roadblocks to try to catch the assailants who apparently fled the scene.

There have been a spate of Arab street attacks in Israel in recent weeks. Prior to Elad, Palestinians and members of Israel’s Arab minority have killed 15 people, including three police officers and a security guard, in attacks in Israel and the West Bank that have mostly targeted civilians.

Israel has responded with arrest raids in Palestinian towns and villages which have often sparked clashes and brought the number of Palestinians killed by Israeli forces since the beginning of the year to at least 40. The casualties include armed members of militant groups, lone assailants and bystanders.

...
John Varoli: Biden’s crusade against Russia [Video]
Colin Kaepernick to Get Another Chance to Fail in the NFL?
Surprised? White House Has No Official Position On “Peaceful Protests”
Irish reunification? Sinn Féin win in Northern Ireland shakes up UK
You Might Like